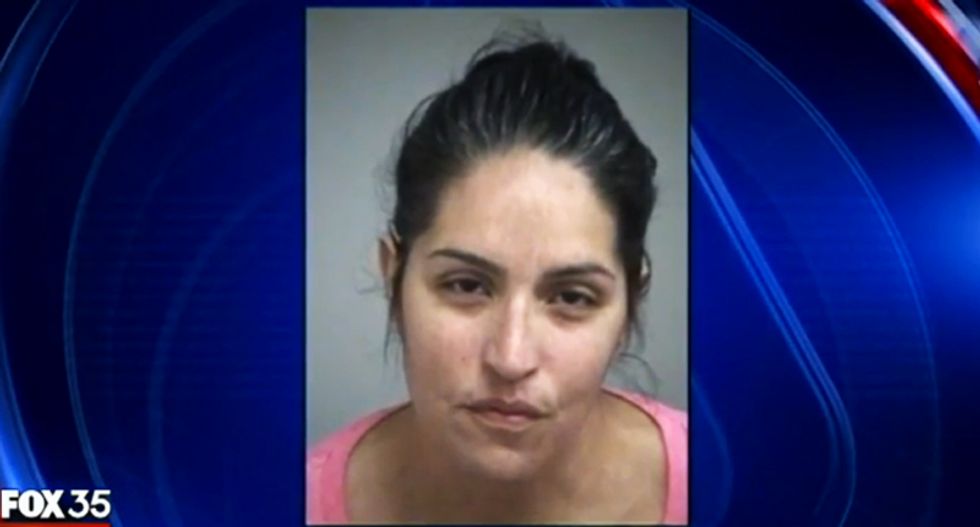 The director of a Florida daycare center has been taken into custody after being filmed smacking a 4-year-old with stuffed animals before picking him up off his nap-time mat and slamming him to the ground, reports the Orlando Sentinel.

Kimberly Marie Reid, 41, had been abusing the boy over a three-week period , claim investigators after speaking with a co-worker who filmed the incident.

In the video, Reid can be seen striking the boy with the toys while he lay on his mat, before picking him up by one leg and one arm and slamming him down again.

Investigators say Reid claimed the incident "Is not what it appears to be," and that she hit him and dropped him because "she plays rough with him."

Katie Phillips, 22, who has been taking her 2-year-old son to the center for about a year, said she found the video of Reid on social media after finding the facility closed by the owner after police arrested Reid.

"It's just heart wrenching to see the video," Phillips said.

This is not Reid's first run-in with the law.

Reid pleaded guilty to food stamp fraud, according to police records and has repeatedly been put on probation -- the last time in 2013 for grand theft and organized fraud charges.

Department of Children and Family spokesman David Ocasio said that Reid passed a background check in 2010, and then a screening in 2012, but did not report her 2013 probation.

Watch the video from Fox News 13: