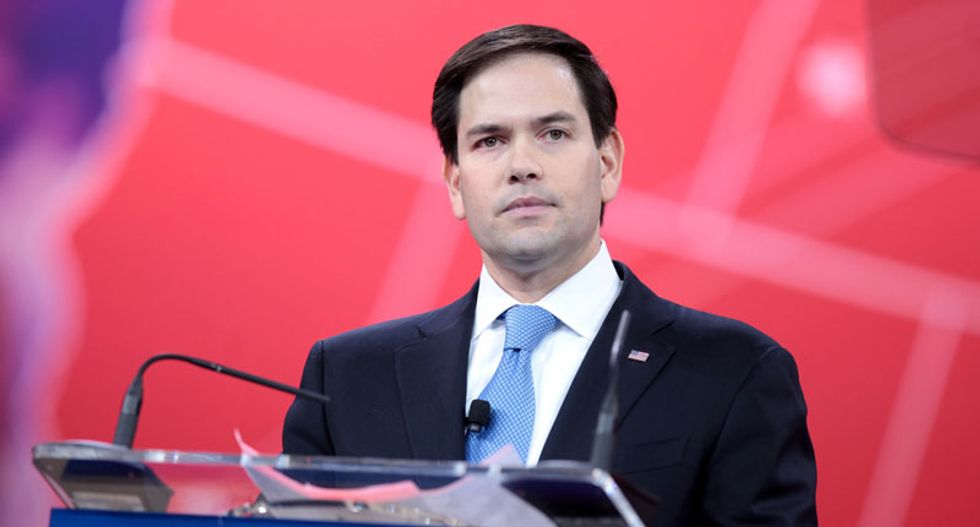 Florida Sen. Marco Rubio told donors on Wednesday night that he plans on a contested convention as an avenue of wresting the hotly contested, fractious GOP nomination away from rivals Donald Trump and Texas Sen. Ted Cruz, CNN reports.

If Rubio can't secure the delegates needed to win the nomination outright, two unnamed sources told CNN he plans to unleash a messy process WFTV calls a "free-for-all" in which delegates continue voting until one candidate has at least 50 percent of the vote. This can only happen if no candidate has the majority of delegates.

In this process, delegates can vote for any candidate -- it no longer has to be the winner in their state.

This can potentially lead to such chaos as someone who wasn't previously a candidate getting nominated.

This hasn't happened since 1948, according to WFTV, when the GOP ended up with candidate Thomas Dewey, who lost the general election.

Rubio has yet to win a state caucus or primary, while Trump has won New Hampshire, South Carolina and Nevada. Cruz won the Iowa caucus.