Fox News mocks woman on minimum wage who can't afford food: It's the 'lifestyle you chose' 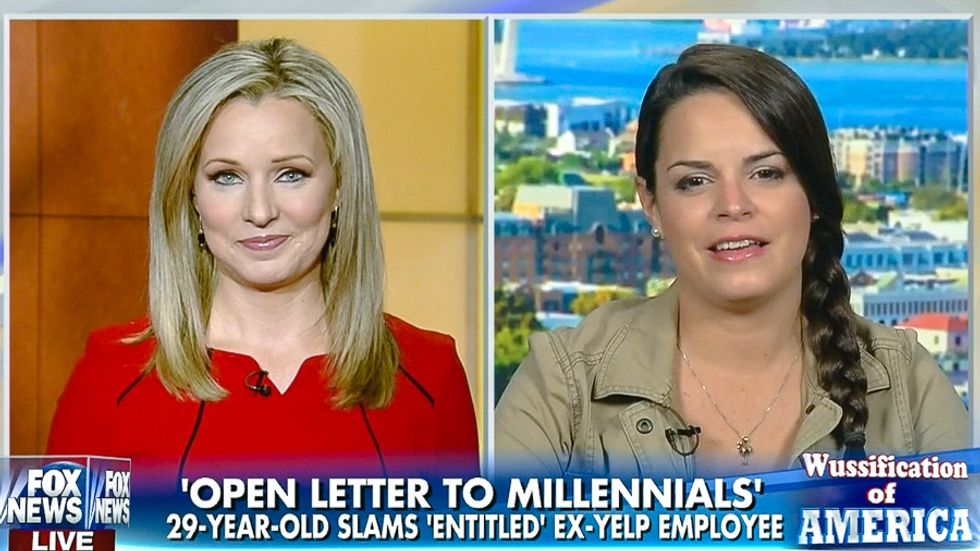 Fox News host Sandra Smith hosted a segment on Wednesday that blasted a former Yelp employee for complaining that her minimum wage job left her unable to buy food.

In an open letter to Yelp CEO last week, a 25-year-old woman who identified herself as Talia Jane explained that she had not "bought groceries since I started this job" at Yelp's Eat24 food delivery network.

After 29-year-old Stefanie Williams posted a rebuttal claiming Jane "believes she deserves these things that most of us would call luxuries," she was invited on Fox & Friends to explain her rant.

"I mean, the whole thing kind of sounded Dickens-esque, like I am so poor, oh, my God, I'm so poor," Williams opined. "But when I got to the end and I realized she had included a link to her Venmo account and a PayPal account asking for people to help her to pay rent because she had gotten fired, I just sat there and was like, you have got to be kidding me that this girl is legitimately asking people to pay her rent for her in San Francisco."

"You're saying the problem isn't with her former employer, Yelp, or the minimum wage that she was getting paid," Smith pointed out. "You say it's this girl's delusion of what her life should be. Is there an understanding when kids are graduating from college right now that they're entitled to a job, entitled to a nice apartment?"

Williams insisted that she was "for a minimum wage that is livable," but asserted that Jane had chosen the wrong lifestyle.

"She didn't have a second job. She didn't have any supplemental income. And she willingly agreed to the salary they promised her," Williams said. "Clearly, you knew what you were going to be getting paid. You made these financial decisions on your own and now you're expecting the company to finance you not for the work you're doing, but for the lifestyle you chose, the apartment you chose, the city you chose to live in, and only having one job."