Hillary slaps back at paid speech critics: I'll release my transcripts when everyone else releases theirs 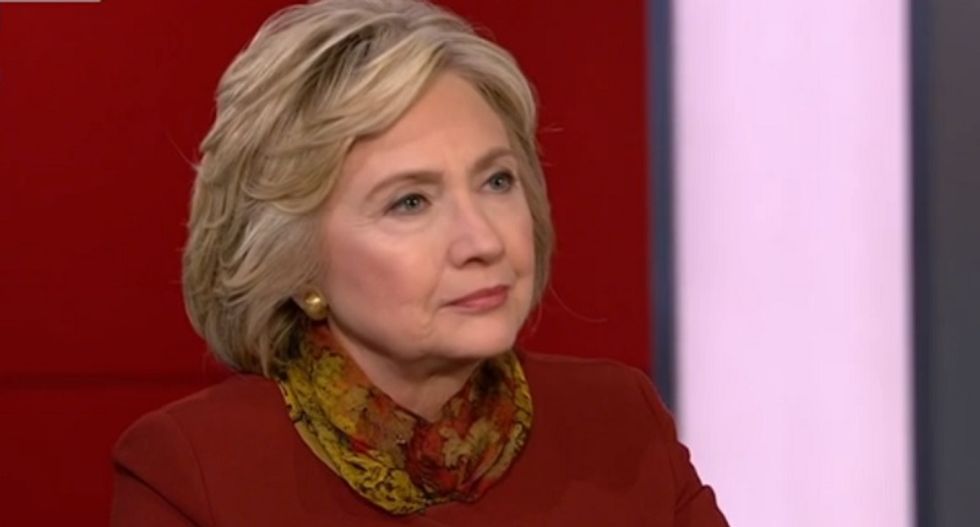 Appearing on ABC's This Week, former Secretary of State Hillary Clinton said that she is willing to release transcripts of her private speeches just as soon as everyone else who has given a paid speech releases theirs.

The Democratic presidential candidate has been under heavy fire from critics and surrogates from rival Bernie Sanders' campaign over speeches she gave to Goldman Sachs that netted her over $600,000. During the last Democratic debate, Clinton said she would look into releasing transcripts from those speeches.

Pressed by host George Stephanopoulos if she had made a decision, Clinton gave a blunt reply.

"Yes, you know, here's another thing I want to say. Let everybody who's ever given a speech to any private group under any circumstances release them. We'll all release them at the same time," Clinton stated. "You know, I don’t mind being the subject in Republican debates, the subject in the Democratic primary. That kind of goes with the territory. I've been around long enough."

"But at some point, you know, these rules need to apply to everybody," she continued. "And there are a bunch of folks, including, you know, my opponent, who's given speeches to groups, and people on the other side who've given speeches to groups. Let's -- if this is now going to be a new standard, then it should apply to everybody and then I'll be happy to look into it further."