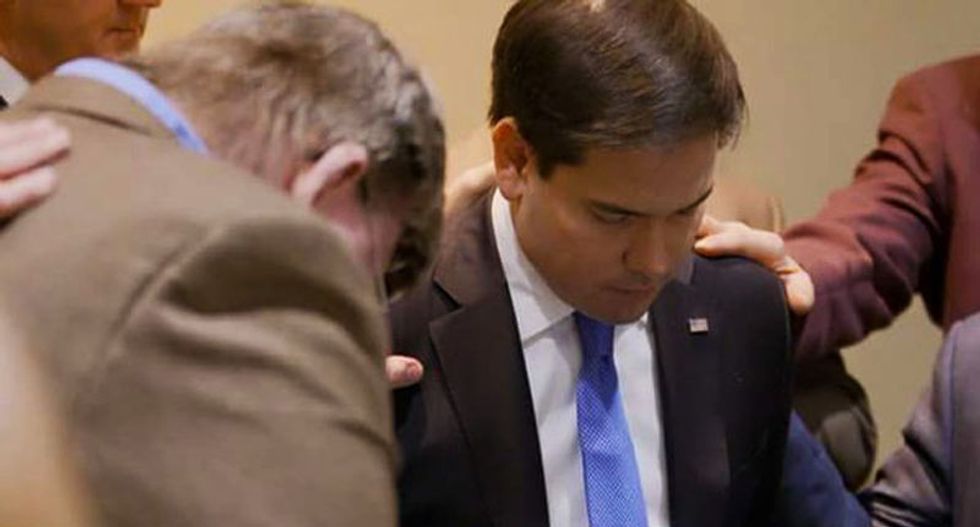 The founder of Hobby Lobby, a $3.7 billion Christian-based arts-and-crafts retail chain at the heart of the fight over the Affordable Care Act, threw his support behind Sen. Marco Rubio, reports The Hill

CEO David Green, whose company successfully argued before the Supreme Court that religious businesses should be able to deny contraception coverage to women, issued a statement Sunday morning endorsing the Florida senator.

“Marco Rubio has impressed us with his preparation and the way he carries himself. But most importantly, Marco regularly exhibits humility and gives the glory to God,” he wrote.

Joining the cavalcade of conservatives who have been beating up on 2016 GOP presidential front-runner Donald Trump as he edges closer to the Republican nomination, Green added, “I don't see humility in Mr. Trump, and that scares me to death.”

Rubio has called for a complete repeal of the Affordable Care Act -- also known as Obamacare.