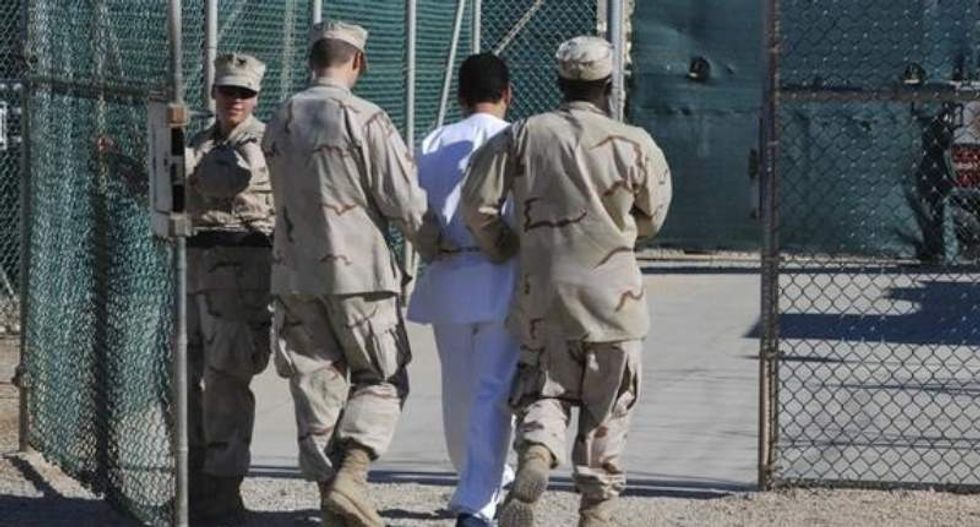 Unsurprisingly, this has caused outrage among Republicans and conservatives who are under the false impression that torture is a reliable way of obtaining information on terrorist activity. On Tuesday presidential candidate Marco Rubio said, “Not only are we not going to close Guantanamo, if we capture a terrorist alive, they are going to Guantanamo and we are going to find out everything they know.” In addition, Fox News host Andrea Tantaros called Obama’s plan insanity, and went as far as to call it "disgusting.”

This description seems ironic given the truly disgusting torture methods used in Guantanamo Bay during the Bush administration, which were outlined in detail in the 2014 CIA torture report released by the Senate Intelligence Committee. From 2001 to 2006, detainees were subjected to a variety of inhumane techniques that would qualify as “cruel and unusual punishment” by even the most sadistic person’s standards.

One common practice was to feed suspects anally when there was no medical need to do so, in order to establish “total control over the detainee.” One CIA interrogator threatened a prisoner with a power drill before playing Russian Roulette with him. Another detainee was placed in a coffin-sized box for over 11 days. It was a regular practice to keep prisoners awake for over an entire week, which caused many of them to have disturbing hallucinations.

What is most outrageous about the use of such horrible torture techniques is that science has shown that they don’t actually work. First of all, the whole concept of the enhanced interrogation approach is inherently flawed, as its techniques undeniably create a strong motivation to say anything that will cause the torture to cease, regardless of whether or not it is true. In addition to this common sense notion, a number of empirical studies suggest that a prisoner undergoing torture is more likely to give false or inaccurate information.

For example, a study published earlier this month in the journal Proceedings of the National Academy of Sciences showed that sleep deprivation significantly raises the likelihood that a suspect will falsely confess to something that never actually occurred. Specifically, the chances of giving a false confession were 4.5 times higher for subjects that had been awake for 24 hours straight than for those who had 8 hours of sleep the night before. With this in mind, it is likely that a large portion of the prisoners at Guantanamo Bay confessed to acts they didn’t commit. Considering how routine sleep deprivation is there, it’s just a statistical inevitability.

A separate study showed that when Special Forces soldiers were subjected to extreme stress, their ability to recall memories was impaired. Waterboarding—a torture technique commonly used at Guantanamo—refers to when a person is strapped to a board facing up, while water is continuously poured over the face and into the airways. It is meant to simulate drowning, and it is an example of one of the most extreme stressors imaginable. Additional studies have shown that extreme stress due to torture can bring about a state of “mental fog” that creates an inability to distinguish between true and false memories.

It’s frustrating to think that the CIA operatives administering the stress-inducing torture were actually making it harder for us to obtain information that could be critical to our national security. This frustration may turn into rage when one learns that the Senate’s report suggests that torture was the source of the false confession that incorrectly linked Saddam Hussein and Al-Qaeda—a large factor in the Bush administration’s decision to invade Iraq in 2003. This goes to show that torture is not only an ineffective means for reaching truth, it can also have negative repercussions that change the course of history.

In a time where extremely hostile and advanced terrorist groups like ISIS are actively planning widespread civilian attacks on western nations, we must have interrogation techniques that work consistently. It is a scientific fact that torture does not. Furthermore, the torture facility at Guantanamo Bay is commonly used as a recruiting tool for terrorist organizations who want to expose a side of America that many of us aren’t familiar with or refuse to accept. Shutting it down will not only make the country safer; it will show the world that we have a sense of empathy and high moral standards. As such, Republicans and conservatives should be praising President Obama’s efforts rather than childishly attacking him.