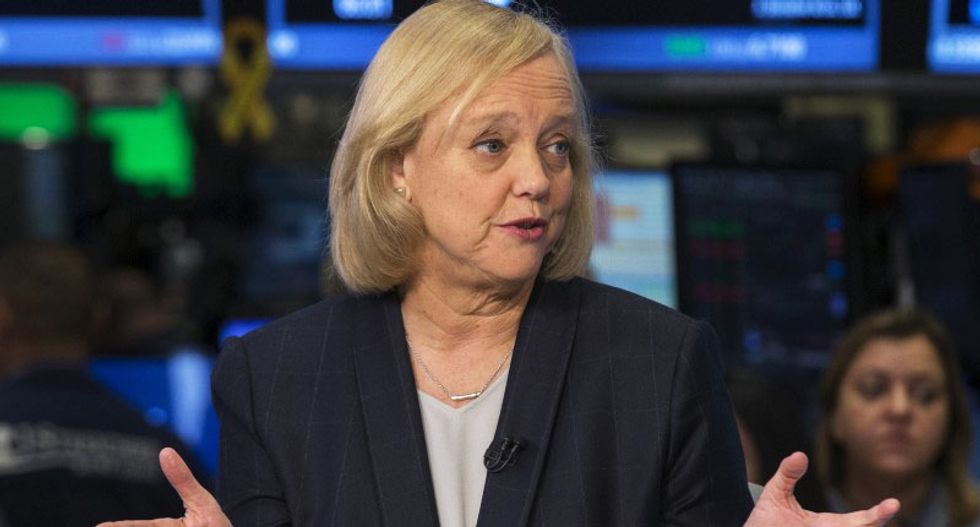 Trump's insurgent campaign has riven the Republican Party, with party leaders openly discussing how to thwart the will of the tens of thousands of members who have voted for Trump so far, helping him comfortably win in three of the four states that have so far held nominating contests.

Party leaders are nervous that Trump, a billionaire real-estate developer from New York City who deviates from some of the central tenets of Republican conservatism, may alienate voters if he is their candidate in the Nov. 8 general election. He has proposed banning Muslims from entering the United States and declined a journalist's invitation on Sunday to condemn the Ku Klux Klan, the violent white-supremacist group.

Christie, who scrapped his own presidential bid earlier this month, became the most prominent Republican figure to break ranks with party leadership by endorsing Trump on Friday ahead of this week's "Super Tuesday" contests, when voters in 11 states go to the polls.

Whitman, who was a co-chairwoman of the national finance committee of Christie's campaign, said in a statement to NBC News that Trump would take the country on "a dangerous journey" and that Christie was aware of this.

"Chris Christie's endorsement of Donald Trump is an astonishing display of political opportunism," the HP chief executive's statement said. "Donald Trump is unfit to be president."

Earlier on Sunday, Trump was asked repeatedly if he would unequivocally condemn the Klan and other support from white supremacists.

"I don't know anything about what you're even talking about with white supremacy or white supremacists," Trump told CNN's Jake Tapper after being asked about his endorsement by David Duke, a former Klan leader. "If you would send me a list of the groups, I will do research on them and certainly I would disavow if I thought there was something wrong."

Previously, Trump had seemed less uncertain about his views on Duke. "David Duke endorsed me?" he said in a response to a reporter. "Alright. I disavow. OK?"

Many party leaders hope U.S. Senator Marco Rubio of Florida will somehow overtake Trump before the party's nominating convention in July, despite Rubio's not having won any states and lagging behind in Trump in opinion polls.

In recent days, Rubio has taken to adopting Trump's habit of using adolescent insults to denigrate his rival, suggesting on Friday that Trump urinated in his trousers during last week's televised debate and saying his face looks unappealing.