Idaho Republican thinks 'trauma' prevents pregnancy in rape: 'That may be true with incest a little bit' 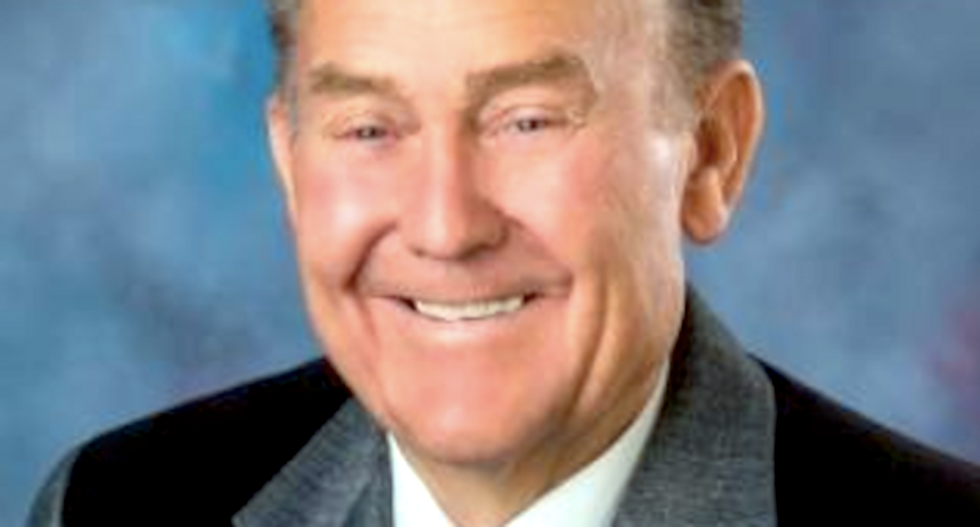 Another Republican lawmaker suggested women and girls are unlikely to become pregnant from rape or incest.

Idaho state Rep. Pete Nielson (R-Mountain Home) spoke up during a hearing Thursday during a legislative hearing to decide whether abortion providers should be required to give patients a list of facilities that offer free ultrasounds, reported The Spokesman-Review.

The measure makes no exceptions for victims of rape or incest, and a clinic manager testified that her center had treated two rape victims -- one whom chose to keep her baby and the other who offered her child for adoption.

Nielson expressed his doubts that those pregnancies were medically possible.

“Now, I’m of the understanding that in many cases of rape it does not involve any pregnancy because of the trauma of the incident," Nielson said. "That may be true with incest a little bit.”

Women's health advocates attacked the lawmaker's claims as "absolutely scientifically and medically inaccurate" -- and said they also subjected rape victims to doubts about their accusations if they became pregnant as a result of the assault.

But Nielson stood by his claims -- even as he admitted he wasn't sure whether they were accurate.

“That’s information that I’ve had through the years,” he said. “Whether it’s totally accurate or not, I don’t know. In a rape situation, there’s a lot of trauma.”

The lawmaker explained his own interest in the topic.

“I read a lot of information. I have read it several times," Nielson said. "Being a father of five girls, I’ve explored this a lot.”

The idea that rape is unlikely to result in pregnancy dates back to at least ancient Greece, and it was even written into law in medieval England.

It's since been proven incorrect by science and medicine, but the notion persists in the minds of some anti-choice Republican legislators.

Idaho state Rep. Vito Barbieri (R-Dalton Gardens), speaking last year before the same legislative committee, asked a physician during an abortion-related hearing whether it would be possible for a woman to swallow a camera to conduct a gynecological exam.

“It cannot be done in pregnancy simply because, when you swallow a pill, it would not end up in the vagina,” said Dr. Julie Madsen, prompting loud laughter from within the chamber.

Rep. Todd Akin (R-MO) doomed his U.S. Senate bid in 2012 when he suggested that victims of "legitimate rape" would not likely become pregnant because “the female body has ways to try to shut that whole thing down.”