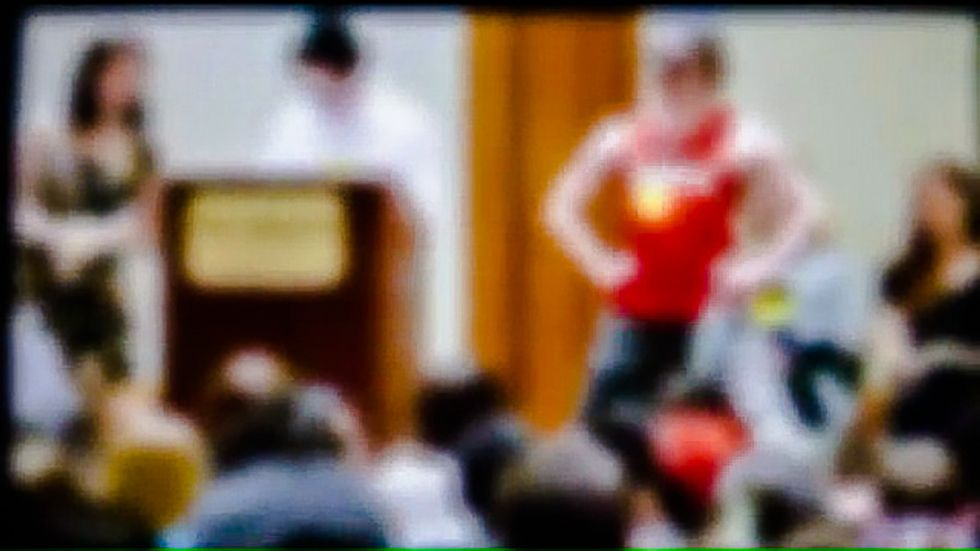 Parents of students at Barrington High School in Illinois said over the weekend that an apology did not go far enough after the school allowed students to participate in a mock slave auction.

WGN-TV reported that the mock auction was part of a competition that took place during the Illinois Junior Classical League Convention at the Westin hotel.

Students were tasked with demonstrating their knowledge of Greek and Roman cultures. But parents said that the demonstration, which included the mock sale of a slave in chains, was inappropriate and hurtful.

"We couldn't believe it," parent Daniel McDaniels told WGN-TV. "We were all standing there in shock."

In a statement, Barrington High School offered "sincere apologies to those offended by a skit our high school Latin students conducted at the Illinois Junior Classical Convention in Itasca this weekend."

"Their depiction of slavery as it was practiced by ancient Greeks and Romans unintentionally but understandably evoked strong emotions among a diverse audience," the statement said. "We agree with the concern and are reviewing the incident with students and staff who were involved."

Students from Kenwood Academy suggested to WGN-TV that some of the Barrington students were "so into their white privilege that they don't know how they can effect minorities."

Parents and students at Kenwood Academy are encouraging their supporters to call and email Barrington High officials to express their feelings about the way the situation was handled.