Iowa kicks off US election process with complex caucus 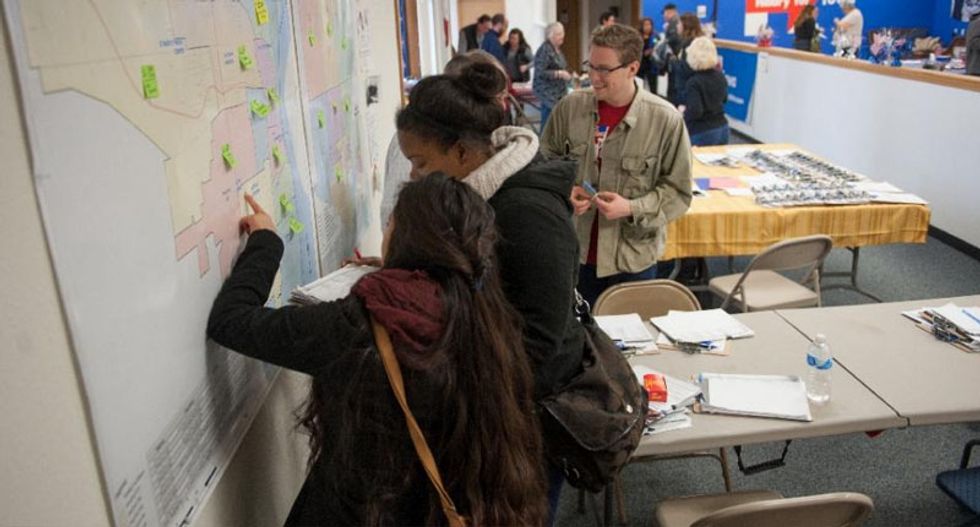 On Monday, residents of the US state of Iowa will cast the first votes in the months-long 2016 race for the White House.

Instead of holding primaries, the state hosts local meetings known as caucuses, which are organized by the Democratic and Republican parties as they launch the process to determine who will be their nominees in November's general election.

The parties use distinct and different methods. Here's a look at the crucial process, which can seem like a byzantine puzzle to those not familiar with it.

In Iowa, as in many states, voters register as Democrat, Republican or independent. Among Iowa's 3.1 million inhabitants, there are currently about 584,000 active Democratic voters, 611,000 active Republican voters, and 725,000 registered under no party affiliation, according to Iowa's secretary of state.

Only Republicans can vote in Republican caucuses, and Democrats in Democratic caucuses. Voters are allowed to register on site.

Those who turn 18 by election day on November 8 are eligible to participate in the February 1 caucuses.

Turnout was about 20 percent for Republicans in 2012 and 39 percent for Democrats in 2008, an exceptional year due to the high-profile clash between Barack Obama and Hillary Clinton.

Each party organizes precinct meeting locations, mostly in public places like schools, libraries and other government buildings, but also in private homes.

The Republican and Democratic caucuses are often located close to one another, sometimes just down the hall in the same building.

Democrats will host some 1,681 caucuses, and Republicans roughly the same.

There will also be a virtual "tele-caucus" for US military personnel deployed out of state or overseas, and "satellite" caucuses at locations including nursing homes, where people are not mobile.

Republican voters gather at the appointed time and, after some organizational formalities, candidates' representatives each make a short speech urging voters for support.

A secret ballot is then held. The polling station reports the results to the party, which aggregates the results from the precincts and announces the winner who has received the most votes at the state level.

The precinct results for Republicans -- and for Democrats too -- will be delivered via a new digital application specially developed by Microsoft, which will replace an outdated telephone system.

It's complicated. Among Democrats, there is no secret ballot, and some critics argue the process subverts the "one person, one vote" principle proclaimed by the US Supreme Court.

Following initial formalities, supporters of each candidate gather in one area of ​​the caucus room -- backers of Hillary Clinton, say, in one corner and those favoring Bernie Sanders in another.

Candidate groups lacking a minimum of 15 percent support are eliminated, and their backers are then invited to join another preference group.

It is during this realignment that leaders try to rally supporters to their candidates.

These delegates are technically designated for county conventions in Iowa's 99 counties.

The evening is not over yet. The party calculates a ratio by which a candidate's delegates to the state convention are determined, based on the number of county delegates a candidate receives.

The candidate who accrues the most state delegates, out of a total of 1,406, is proclaimed the winner of the party's caucuses.