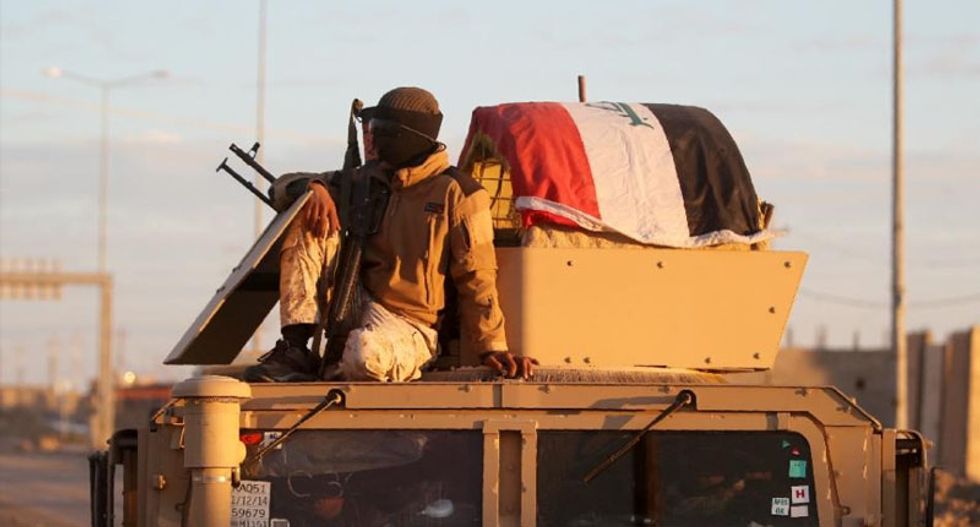 With the help of US-led air strikes and training, Iraqi forces have regained significant areas from the Islamic State group (AFP Photo/Ahmad Al-Rubaye)

The Iraqi army is deploying thousands of soldiers to a northern base in preparation for operations to retake the Islamic State group's hub of Mosul, officials said on Monday.

IS seized Mosul in June 2014 and except for air strikes has held Iraq's second city largely unopposed for more than 18 months as the country's security forces battled the jihadists in other areas.

"Units from the Iraqi army have begun arriving to a military base near the Makhmur district to start launching initial military operations toward Mosul," a staff brigadier general told AFP on condition of anonymity.

"There are three brigades located in that base now," and their number will eventually reach 4,500 soldiers, the officer said, adding that troops from the 15th and 16th division will take part in operations to retake Mosul.

The initial aim is to completely sever IS supply lines between Mosul and areas farther south including Hawijah in Kirkuk province and areas near Baiji in Salaheddin, the officer said.

A Kurdish official said that most of the soldiers deployed to the area, which is located within territory controlled by Iraqi Kurdistan, are ethnic Kurds from the Iraqi army.

"These forces came with the approval of the presidency and government of the Kurdistan region of Iraq," said Halgurd Hekmat, a spokesman from the ministry responsible for the autonomous region's forces.

The base will be for both soldiers and aircraft, Hekmat said.

Multiple Iraqi divisions collapsed during the early days of IS's 2014 offensive, which overran large areas north and west of Baghdad.

With the help of US-led air strikes and training, Iraqi forces have since regained significant areas from IS, but Mosul will be the most difficult battle of the war against the jihadists.