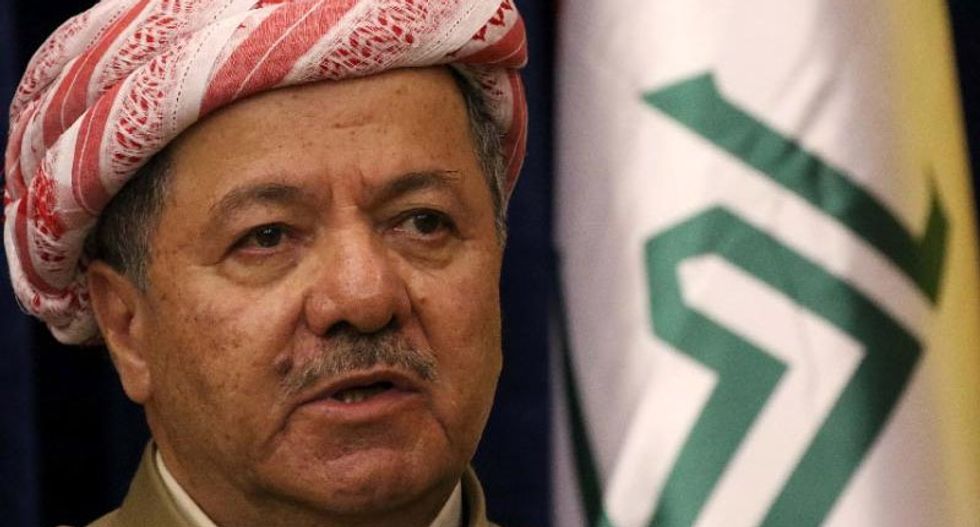 Iraqi Kurdish leader Massud Barzani has declared that the "time has come" for the country's Kurds to hold a referendum on statehood, a move likely to raise tensions with Baghdad.

But even if the various political challenges to independence are resolved, the major economic problems the region faces due to low oil prices are another bar to Kurdish independence.

"The time has come and the conditions are now suitable for the people to make a decision through a referendum on their future," Barzani said in a statement released Wednesday.

"This referendum would not necessarily lead to (an) immediate declaration of statehood, but rather to know the will and opinion of the people of Kurdistan about their future," said Barzani, who has remained in power despite the expiration of his term as president.

Barzani, who has made similar calls in the past, did not specify when the vote would take place.

Iraq's Kurds are a key US partner in the war against the Islamic State group and have been some of the most effective forces fighting the jihadists.

But both the referendum on independence -- which Iraq's federal government opposes -- and the issue of which areas it covers will raise tensions between the autonomous Kurdish region and Baghdad, potentially complicating anti-IS efforts.

Federal forces fled positons in various northern areas in the summer of 2014 when facing an offensive by IS, allowing Kurdish forces to gain or solidify control over areas claimed by both them and Baghdad.

Oil-rich Kirkuk province, which is mostly held by Kurdish peshmerga forces, will be a particular point of contention due to the wealth of natural resources there.

Turkey's assent would also be essential for moves toward Kurdish statehood to proceed, as Ankara is a key economic partner of Iraqi Kurdistan, both in terms of oil exports and other trade and investments.

Barzani has a close relationship with the Turkish government, but Ankara is also battling the Kurdistan Workers' Party (PKK) rebel group, and having a Kurdish state on its southern border, or even moving toward one, could increase calls for similar action within its territory.

Economic challenges are also a major obstacle to Kurdish independence.

Iraqi Kurdistan has been independently exporting oil via Turkey from four northern provinces since a deal between it and Baghdad on oil and revenue sharing collapsed last year.

Both Baghdad and Kurdistan are facing a financial crisis due to plunging oil prices, on which they rely for the vast majority of government funds.

But the Kurds do not have the same access to the loans and bond markets that Baghdad can turn to in order to stay financially afloat.

Salaries for some Kurdish government employees are months in arrears, and some have gone on strike to protest unpaid wages.