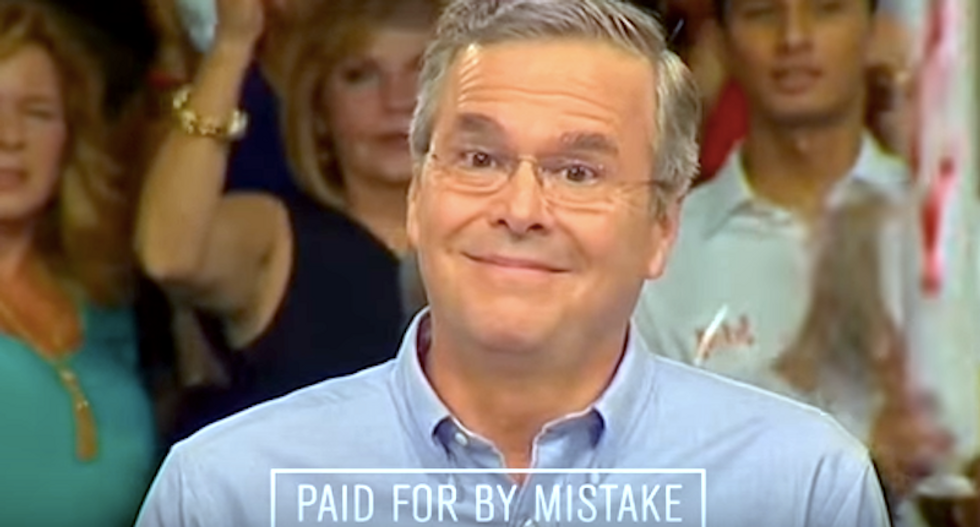 The Kentucky senator suspended his presidential campaign Wednesday following a disappointing fifth-place showing in the Iowa caucuses -- but that's actually one spot higher than Bush finished.

"Jeb Bush is still running, but he doesn't know what to do," Kimmel said. "You know, if he loses, he can't go home because his father and brother will laugh at him. I guess he's hoping that some of the people who supported candidates who are dropping out will get on board with him."

Kimmel showed a mock ad urging voters who previously wanted to "stand with Rand" to instead "ebb with Jeb."

"Jeb's still running, and he desperately needs your vote," the ad says. "If we join forces, who know -- we might just make it to fourth place."