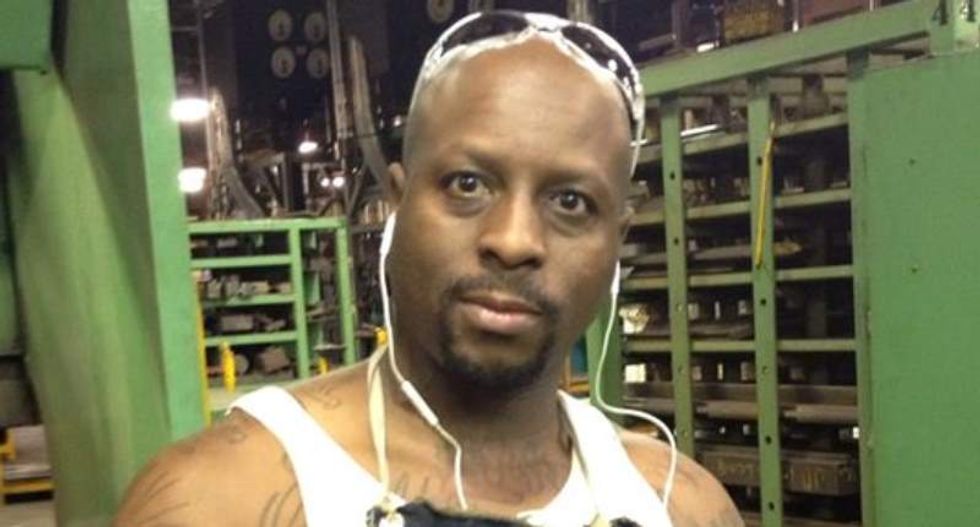 38-year-old Cedric Ford was identified as the suspected gunman who attacked a lawn care product manufacturer in Hesston, Kansas on Feb. 25, 2016. (KAKE-TV)

The man suspected of killing three people at the Kansas lawnmower factory where he worked had been served a protection order 90 minutes before his shooting spree, which also wounded 14 people, authorities said on Friday.

The suspect, identified as Cedric Ford, 38, was armed with a .223-caliber assault-style rifle and a pistol as he fired randomly at coworkers and others over about 30 minutes on Thursday.

He was killed in an exchange of gunfire with the first police officer to reach the scene, Hesston Police Chief Doug Schroeder, police secretary Jeannine Hoheisel said. Hesston is a town of about 4,000 people about 36 miles north of Wichita, Hoheisel said.

"The man was not going to stop shooting," Harvey County Sheriff T. Walton said at a news conference on Friday, noting that there were up to 300 people in the Excel Industries factory where the worst of the rampage took place. "The only reason he stopped shooting is because that officer stopped the shooter."

Ford had been served a protection from abuse order earlier Thursday at the factory, which may have triggered the bloodshed, authorities said. He left the factory after being served but began shooting about 90 minutes later.

The order, posted by the Wichita Eagle on its web site, was sought by an unidentified woman who had been living with Ford and said he had been physically abusive. She wrote in the order that he was alcoholic, violent, depressed and in need of medical and psychological help.

Ford had been jailed a couple of times before, Walton said.

Police identified the victims as Renee Benjamin, 30; Josh Higbee, 31; and Brian Sadowsky, 40, according to the KWCH television station.

The shooting began with Ford firing out of his vehicle as he drove through two cities back to the factory, Walton has said. He stole one victim's car, went to Excel Industries and shot someone in the parking lot before going inside.

Law enforcement officials were checking to see if the firearms were legally purchased.

All 14 wounded victims remain at hospitals and at least five were initially listed in critical condition.

President Barack Obama, at an event in Jacksonville, Florida, expressed exasperation with the U.S. Congress' failure to act on gun violence issues.

"The real tragedy is the degree to which this has become routine," he said.

The number of mass shootings in the United States has elevated gun control as a campaign issue in the November U.S. presidential election.