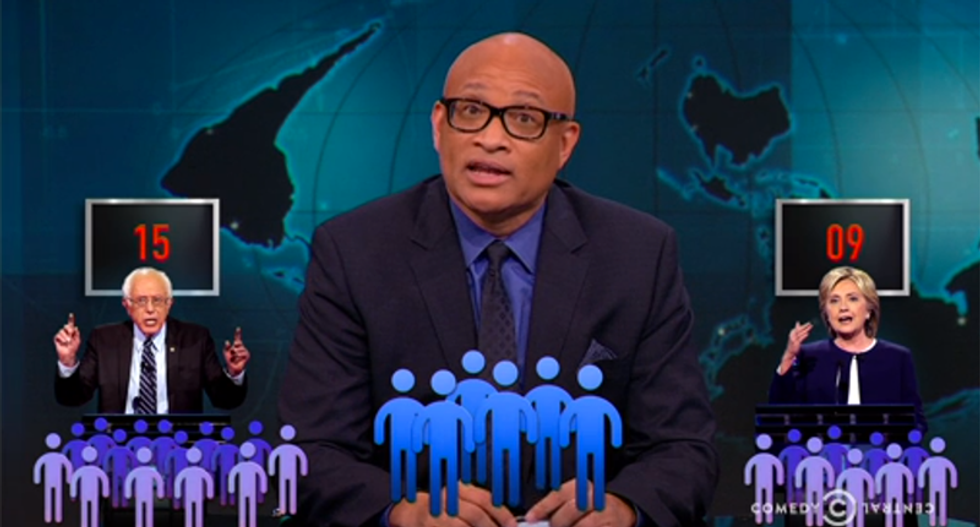 Larry Wilmore was not happy with the New Hampshire Primary when he covered the results on Wednesday's "Nightly Show." While Sanders won the election, he actually didn't win the election. Sanders received 60 percent of the vote to Clinton's 38 percent which Wilmore called a "clear and decisive victory" but "oh, I forgot, she actually didn't lose," Wilmore said.

"You see, the Democrats, it's so great," Wilmore began awkwardly trying to explain the way the system works. "You're going to love this, New Hampshire. Ok, where votes get turned into delegates and these delegates go on to the Democratic National Convention and vote for the actual candidate."

But then Wilmore outlined what actually happened in New Hampshire on Tuesday night. "Ok, Bernie won 60 percent of the popular vote, which translates into him receiving 15 delegates. And Hillary's 38 percent gets her nine delegates," he said as little cartoon people separated to stand underneath each candidate on the screen. "Ok, that math makes sense, right? The winner gets the most. But this is 'Merica math."

Wilmore continued to explain that Democrats have two classes of delegates: "And the second class is called super delegates. Now these badass delegates are political party insiders who can vote for anyone they want at any time. It's like the difference between a funk railroad and a grand funk railroad. One is just better. And so, if you add in the super delegates, the final tally looks like this. Hillary got six. And Bernie got none." A few people in the audience could be heard gasping. "So, now that gives 38 percent-vote-count Hillary a grand total of 15 delegates. While 60 percent vote getter Bernie now gets... yeah... 15. He stays at 15. Which essentially makes last night's loser: The American voters."

Wilmore said it's like saying the Carolina Panthers really tied the Super Bowl.