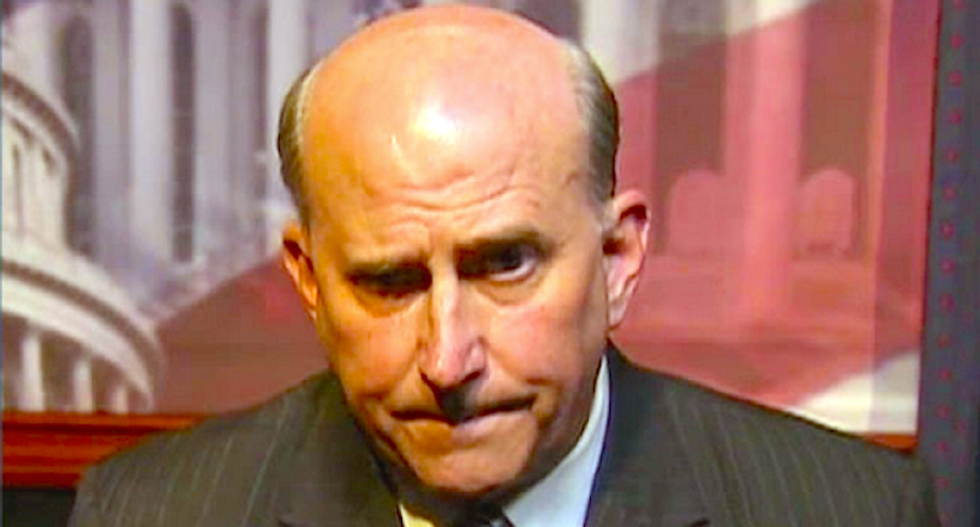 Rep. Louie Gohmert (R-Texas) defended Donald Trump from the pope's criticism, even though he cautioned the Republican frontrunner's attacks might eventually come back to hurt him.

The lawmaker has endorsed his fellow Texas Republican, Sen. Ted Cruz, for the GOP presidential nomination, but he applauded Trump for taking on politically correct elites and the media, reported Right Wing Watch.

"Even the pope, for heaven's sakes," Gohmert said during an interview with Breitbart.

Gohmert then joined Trump in slamming Pope Francis, saying the pontiff was wrong to focus on climate change and wealth inequality.

"He can’t see that socialism, anywhere it’s ever been done, it’s always led to, you know, just a totalitarian government," Gohmert said.

The Republican lawmaker suggested that socialism might be a godly form of government that could never be administered on Earth.

“When everybody’s in heaven, socialism will be great," Gohmert said. "But in this world it’s never worked, it requires totalitarian government, it requires giving up your freedoms, your freedom of speech and religion and all these things. So it’s amazing to see a pope who’s saying, 'Let’s all get behind the thing that always destroys freedom of religion.'”