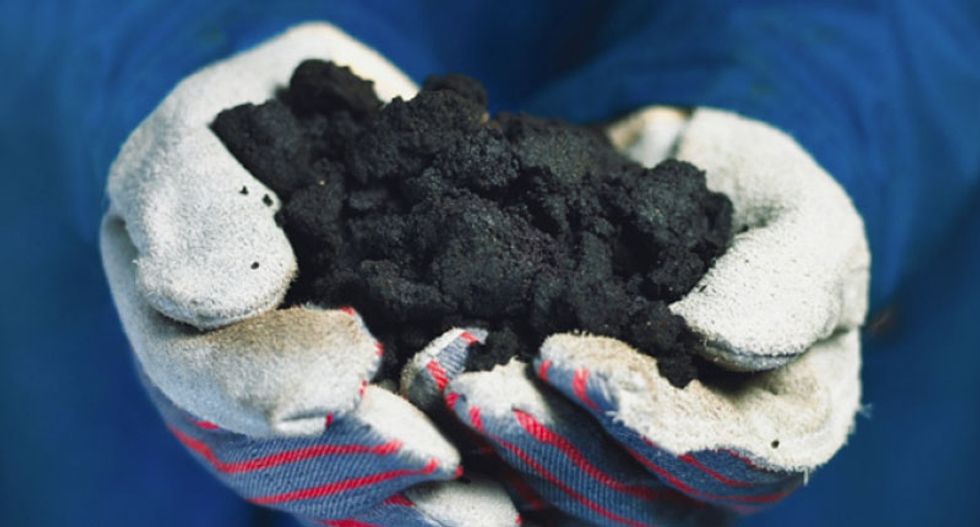 A handful of tar sands. (U.S. Dept. of Interior)

A Canadian company’s efforts to produce oil sands in the United States are not dead, but thanks to crude oil prices that have dipped below $30 per barrel, they may be in critical condition.

U.S. Oil Sands, the Alberta-based company working on a project slated to produce crude oil from oil sands on public lands in Utah, is slowing its PR Spring oil sands project to nearly a halt amid a lack of labor and low oil prices.

“We’re just slowing the project down to focus on critical path items,” U.S. Oil Sands President and CFO Glen Snarrsaid. A contractor providing most of the project’s labor decided to close its operations in Utah, leaving U.S. Oil Sands without many of its workers, he said.

“Our focus is to reduce manpower at the site,” he said.

Oil sands, known as tar sands in the U.S., are a thick and clay-like substance composed of a hydrocarbon called bitumen. Found mostly in eastern Alberta, Canada, tar sands’ climate impacts are significant. Oil production from tar sands is about 17 percent more carbon intensive than production of an average barrel of oil.

In November, citing climate concerns, the Obama administration killed the proposed Keystone XL Pipeline, which was slated to pipe tar sands bitumen from Canada to refineries in Texas. Last June, a group of 100 scientists called for a moratorium on tar sands development in Canada, saying it is incompatible with meeting greenhouse gas reductions targets.

Tar sands are rare in the U.S., but companies have been trying for decades to produce tar sands oil in eastern Utah, where the country’s largest deposits are locked deep beneath the desert. With oil prices dropping to below $30 per barrel, however, the outlook for U.S. Tar Sands’ operations is uncertain.

Snarr said crude oil prices will matter the most later this year after construction at PR Spring is complete. Oil prices need to be between $40 and $45 per barrel for the project to break even, and U.S. Oil Sands is confident prices will average higher than that by the end of 2016, he said, citing U.S. Energy Information Administration data.

But the EIA’s latest oil price forecast, released Tuesday, says that oil prices are likely to average $38 per barrel this year, swinging wildly from $21 to $58 per barrel throughout the year.

“Oil companies everywhere are slashing projects as oil prices remain depressed,” said Jennifer Spinti, an associate chemical engineering professor focusing on tar sands and other unconventional fuels at the University of Utah. “The fact that an exploratory, capital-intensive project gets shut down is not surprising, especially if key contractors have backed out.”

Spinti said her school’s market analysis of hypothetical tar sands production in Utah suggests that for a project’s investors to see any return, oil prices would have to be greater than $76 per barrel.

But the bottom line, she said, is that oil prices are so volatile that the ability for any oil sands project in Utah to succeed is highly uncertain. 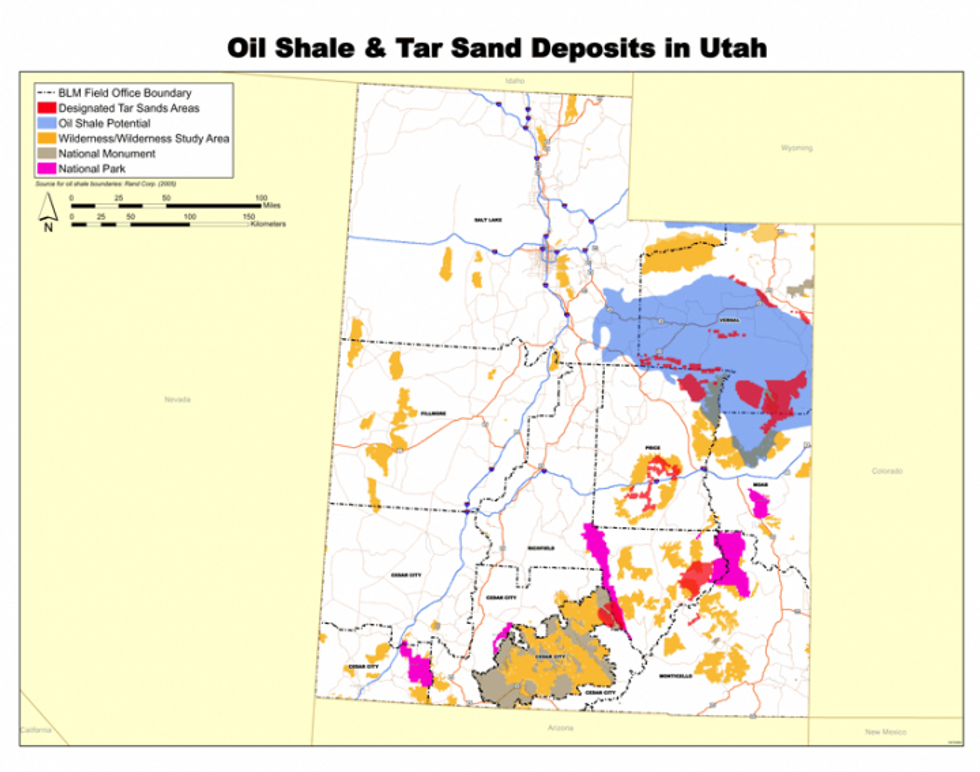 Environmentalists in Utah are concerned about how far tar sands production might go there both because of the possible climate implications and possible air and water pollution.

“These (tar sands operations) may be tiny, but I think people see this as just the beginning of what could be a substantial industry, and they’re really concerned about it,” said Rob Dubuc, a staff attorney with Western Resource Advocates, an environmental group which opposes the PR Spring project. “Climate is a big deal, and these things really contribute a lot more (carbon) than conventional oil and gas.”

Another factor that could affect the future of oil sands in Utah is federal climate policy governing fossil fuel production on public lands. But Spinti said tar sands are ripe for development on private and state lands that are out of the federal government’s reach.

“The state of Utah is very interested in developing its many energy resources and will continue to work with companies who are able to complete the regulatory process put in place by the state,” she said.

One of those is MCW Energy, the only company actively producing oil from tar sands in Utah.

“There are a lot of other companies that are not doing anything,” MCW Energy spokesman Paul Davey said. “We’re busy scaling up our small plant from 250 barrels per day to 500 barrels per day.”

The company says it is using a more advanced technology than U.S. Oil Sands, allowing MCW to produce tar sands oil for around $24 per barrel and turn a profit when prices rise to above $31 per barrel.

But even that may be too a high a price today.