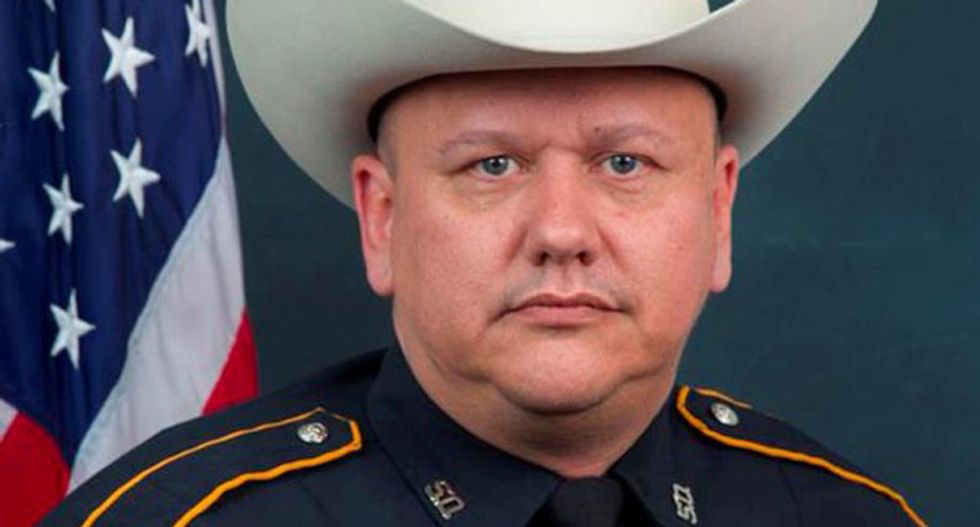 The man charged with fatally shooting a sheriff's deputy in Texas in a hail of gunfire was found mentally incompetent on Tuesday to stand trial and will be sent to a state mental facility, prosecutors said.

A district judge committed Shannon Miles, 31, to a state mental hospital after prosecutors found he was not competent to stand trial at this time. Miles was charged with capital murder, which is punishable by death, for killing Harris County sheriff's deputy Darren Goforth, a spokesman for the Harris County District Attorney said.

State District Judge Susan Brown committed Miles for 120 days for mental health professionals to medicate him and work with him to restore competency, the Houston Chronicle reported.

Goforth, 47, was fatally shot on Aug. 28 as he fueled a patrol car at a Houston-area gas station. Prosecutors said Miles emptied a 15-round handgun in the attack.

He spent four months in a mental hospital in 2012 after being declared incompetent to stand trial in a separate aggravated assault case, according to court documents.

At the time, Miles was charged with aggravated assault for allegedly beating up a man at a Salvation Army shelter in Austin over a TV remote control. The attack left the victim with a broken vertebrae, the documents showed.

Miles was declared mentally incompetent and sent to the North Texas State Hospital. He was later deemed mentally competent but the case was eventually dismissed when the victim could not be found.

The slaying of Goforth came as police handling of minority suspects has become a national issue. Miles is black and Goforth was white.

Harris County Sheriff Ron Hickman said at the time of the incident the department assumed Goforth was a target because he wore a uniform, and linked the shooting to the anti-police rhetoric of the "Black Lives Matter" campaign.