Marco Rubio slaps down Breitbart.com as 'conspiracy' website: 'We don't even credential them' 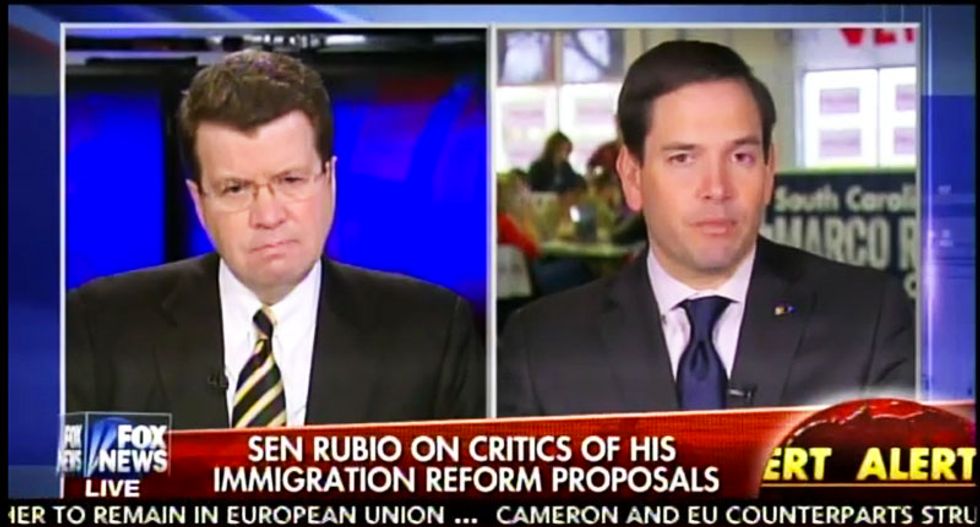 Asked by Fox host Neil Cavuto about a Breitbart exclusive on South Carolina primary eve that claimed Rubio had "betrayed" Immigration and Customs Enforcement officials during the 2013 Gang of Eight immigration fight, Rubio swatted away the mention of the report.

"It's not true, he's not an ICE official and it's being reported on a website that's not credible source," Rubio responded. "It's the same website that reported that you guys gave me the questions to the debate."

After Cavuto noted that they were talking specifically about a Breitbart piece, he asked the Florida senator if he gave it "any credence."

"We don't even credential them for our events," Rubio replied, before adding, "I literally don't even talk about the things they report because they're conspiracy theories and often times manipulated."

The controversial website, founded by the late Andrew Breitbart, has previously been accused of accepting money for positive coverage of billionaire Donald Trump.