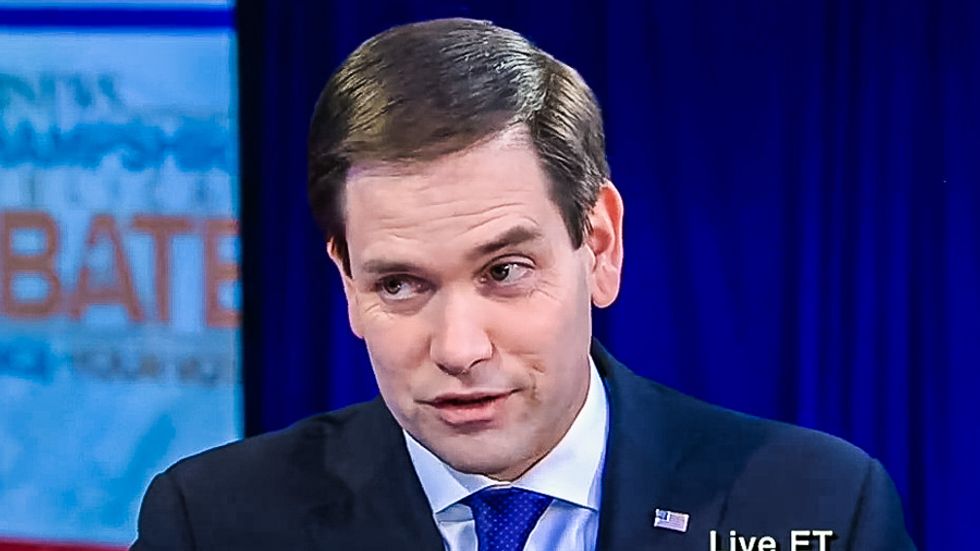 "There it is," Christie interrupted at one point. "There it is -- the memorized 25-second speech. There it is, everybody."

"I would pay them to keep running that clip," Rubio insisted. "Because that's what I believe passionately. It's one of the reasons that I'm not running for re-election in the Senate. I'm running for president."

"But you're getting pounded for repeating that speech," Stephanopoulos pointed out.

"I hope they keep running it," Rubio replied. "And I'm going to keep saying it because it's true."

"It's what I believe and it's what I'm going to continue to say," the candidate added. "Because it's one of the main reasons why I am running."