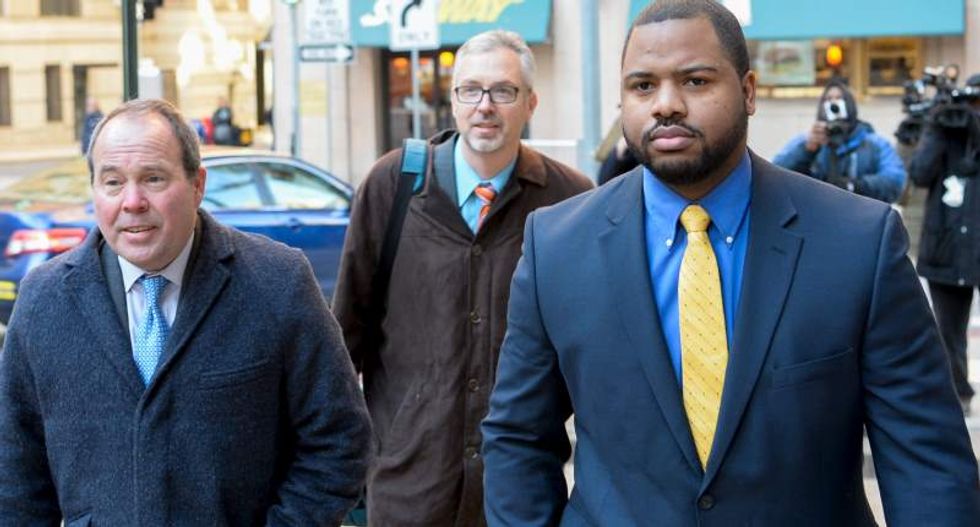 Baltimore Police Officer William Porter (R) and his attorneys Joseph Murtha (L) and Gary Proctor arrive at the courthouse for pretrial hearings in the case of Caeser Goodson in Baltimore, Maryland, on Jan. 6, 2016. (Reuters/Bryan Woolston)

Maryland's highest court agreed to hear the appeals of several officers charged in connection with the death of Freddie Gray, halting all lower court proceedings for the time being, court filings showed on Thursday.

The state's Court of Appeals agreed to hear arguments for five of the six officers involved in the Gray case, whose death after suffering injuries in police custody last April prompted the majority black city to explode in destructive protest.

At issue is whether Officer William Porter, whose trial ended in a hung jury in December, can be compelled to testify against two other officers charged in the case, Officer Caesar Goodson and Sergeant Alicia White.

Chief Judge Mary Ellen Barbera also granted the prosecution's appeal of a lower court ruling that blocked them from compelling Porter to testify against the other three policemen: Officers Edward Nero and Garrett Miller, and Lieutenant Brian Rice.

Nero is charged with second-degree assault, misconduct in office and reckless endangerment. His trial was scheduled to start next Monday while trials for Miller and Rice were set for March. Porter's retrial was scheduled for June.