Mexico arrests gang members on US border in joint operation 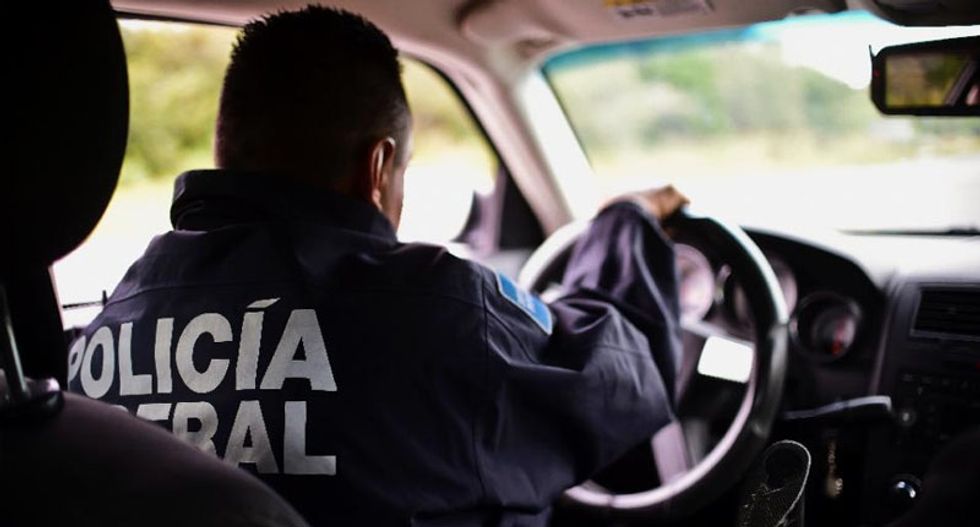 Mexican police arrested up to 24 members of the Sinaloa drug cartel in a joint operation with the US that also netted a cache of heavy weaponry and drugs, officials said Sunday.

Friday's secretive operation was designed to crack down on a cell of the gang responsible for smuggling large amounts of drugs -- including heroin and cocaine -- into the United States, with millions of dollars and weapons coming back the other way, a US official said.

Dubbed "Mexican Operation Diablo Express," the sting targeted high-level members of the Sinaloa cartel operating in and around the Mexican border town of Sonoyta and on the border with Arizona, said US Immigration and Customs Enforcement spokeswoman Gillian Christensen.

"Due to the sensitive nature, this operation was conducted with utmost secrecy to maintain the element of surprise and to ensure the safety of the Mexican law enforcement officers executing it," Christensen said.

"The arrest of 24 organizational members, coupled with the seizure of assault type weapons and hundreds of pounds of narcotics, strikes a strong blow to the Sinaloa cartel."

The US would seek the extradition of the suspects, she said, adding that Mexican police were brought into the US "to allow them to more safely execute their law enforcement operation in Mexico."

The leader of the Sinaloa cartel is Joaquin "El Chapo" Guzman, the infamous drug kingpin who was recaptured by Mexican authorities on January 8 after a dramatic jail break.

Mexican officials said police arrested 22 gang members and killed two others in what it called an air-and-ground operation.

Mexican federal agents, having observed a property guarded by armed men in Sonoyta, just south of Lukeville, Arizona launched an operation to flush them out, the National Security Commission (CNS) said in a statement.

When agents came under attack, they returned fire, killing two men believed to be involved in smuggling drugs or undocumented immigrants, the statement said. Other suspected gang members laid down their arms and were arrested.

CNS said it appeared the property was used to store drugs and house immigrants until they could be smuggled into the United States.

The Mexican authorities said that they had seized packets containing roughly 250 kilograms (550 pounds) of what appeared to be marijuana, as well as 18 firearms -- 15 assault rifles and three handguns -- and an assortment of cartridges.

Because of its location abutting the US border, Sonora state has a heavy presence of drug cartels and is one of the most violent regions in Mexico.