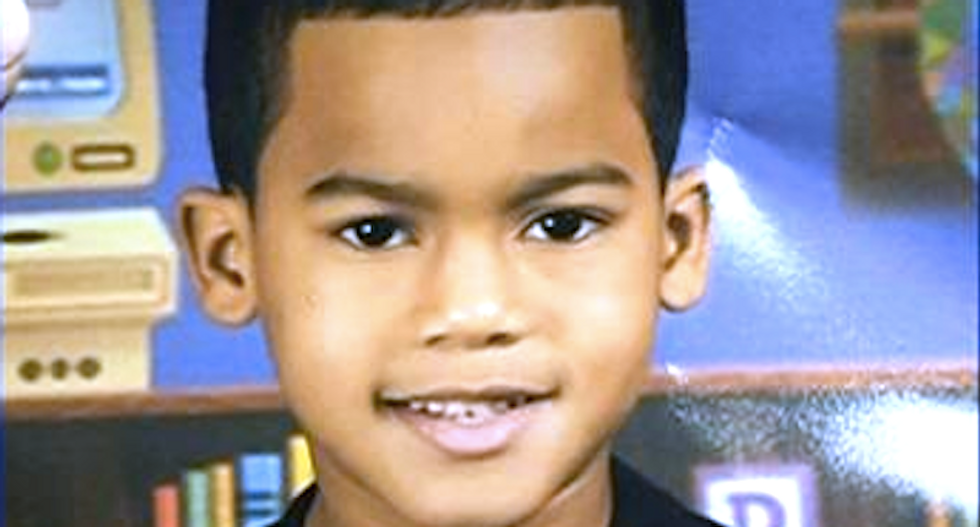 A Miami police officer struck and badly injured a boy who was riding a scooter in the street.

Witnesses said the officer was speeding when he struck the 6-year-old boy, who was dragged 30 to 40 feet beneath the patrol car, reported WSVN-TV.

The child, Antwan Lawson, remained pinned beneath the patrol car until his grandmother, Caridad Velez, pulled him out.

"He was literally stuck under the car, she panicked, so she took him out from under the car," said witness Ursula Rocha. "When he took his breath, he was bleeding out of his mouth."

Bystanders tended to the boy until emergency crews arrived about eight minutes after the crash, and he was alert and conscious when he was taken to a nearby hospital for treatment.

Antwan's mother said he suffered a broken pelvis and leg and a lacerated spleen and liver -- but doctors said he was expected to make a full recovery.

"What was he thinking? What was going on at the time? But I feel like it was negligence of the officer," said the boy's mother, Janet Martinez. "I want to see some justice. Something has to get done because it doesn't make sense that these officers are speeding for nothing."

Police said excessive speed did not appear to be a factor, and instead said the boy darted from between two parked vehicles onto Northwest Fifth Avenue.

Police said the officer, whose name was not released, was delivering paperwork to another officer down the block at the time of the crash, which remains under investigation.

"He shouldn't have been riding down a street, where kids play every day, 60 mph with no lights on, no sirens, no nothing -- like, it's negligence," Martinez said.