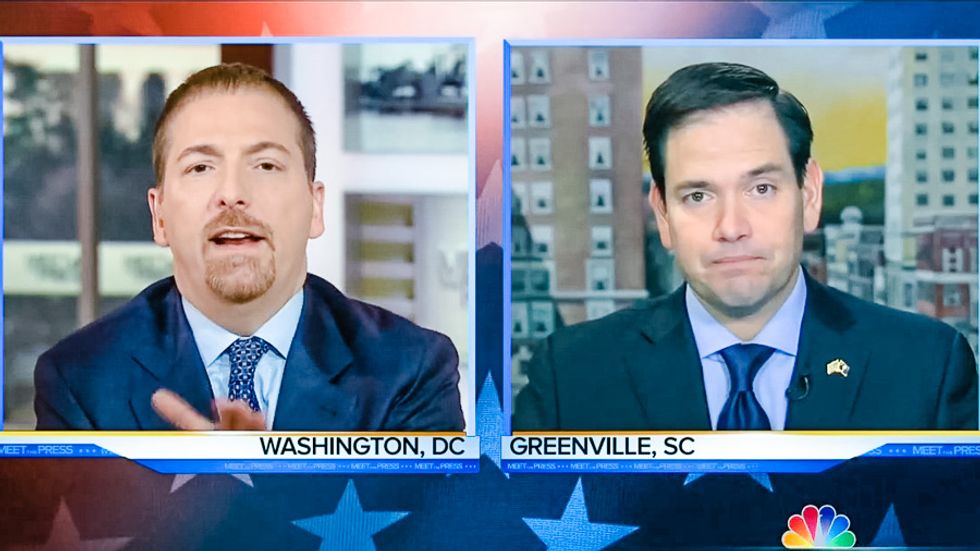 Republican presidential candidate Marco Rubio argued on Sunday that Barack Obama should not be able to replace Justice Antonin Scalia in his last year in office because he was a second term president with only a "few months" left.

Appearing on at least five Sunday morning shows after the unexpected death of Justice Scalia, Rubio asserted that the voters should be able to weigh in before someone was nominated.

"Within the last year of the last few months of the president's term, we should not be appointing Supreme Court justices," Rubio insisted to ABC's George Stephanopoulos. "In the last year of a president's term, in his second term especially, there should not be Supreme Court nominees put into lifetime positions for a president that you're not going to hold accountable at the ballot box."

On Meet the Press, Rubio again insisted that there should be no nominations from a "president nearing the last few months of his administration."

"Do presidential terms end after three years?" NBC host Chuck Todd shot back at the candidate.

"There comes a point in the last year of the president, especially in their second term, where you stop nominating," Rubio said. "You basically say, at this point, with a few months left in your term, no accountability from the ballot box on the appointment you're going to make -- on a lifetime appointment."

"I'm not saying it's illegal," Rubio replied. "I think we should wait until after November before we move forward on confirming any justice to the Supreme Court."

Wallace reminded Rubio that President Ronald Reagan appointed Anthony Kennedy to the Supreme Court in his final year in office.

"It doesn't really matter what Reagan did back in '87," Rubio opined. "I think the president should allow the next president to appoint the justice to the Supreme Court, and if it's me -- and I anticipate that it will be -- I'm going to look for someone in the mold of Justice Scalia, who while irreplaceable, I think is a model jurist and one of the great jurists in American history."