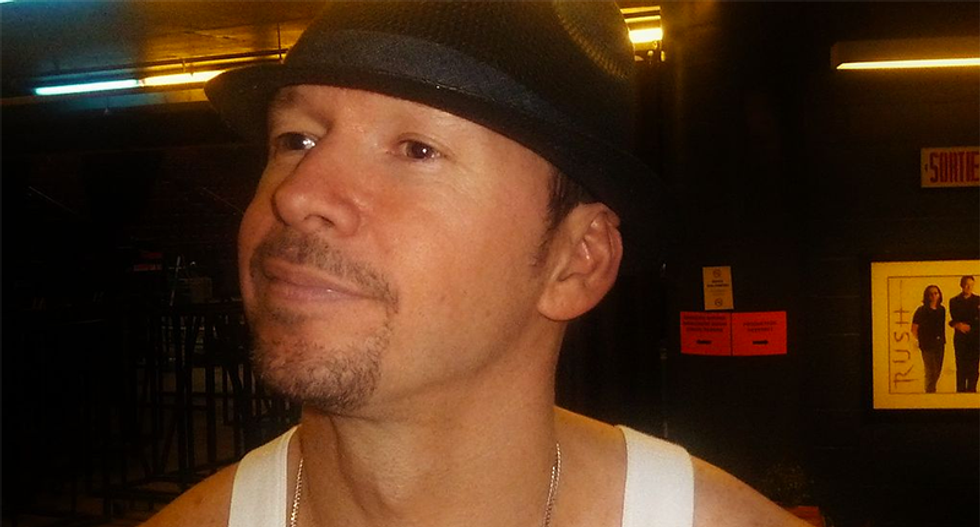 Marco Rubio's campaign announced a major endorsement from New Kids on the Block's Donnie Wahlberg on Sunday, according to The Hill. The singer turned actor has appeared in Tthe Sixth Sense, the Saw films as well as Blue Bloods, but didn't shy away from the real-life horror story of Republican politics.

In a statement, Wahlberg said that Rubio is what the country needs. "Even though we do not see eye to eye on every issue, I know that Marco is a man of principle who can be trusted to keep us safe and give each and every one of us a shot at the American Dream."

"Marco is a humble man who has not forgotten his roots, and he will fight to make sure that where you come from does not determine how far you can go. We need a leader like Marco to inspire a new Republican party and unite our nation, and I am proud to support him for President."

Last year, Wahlberg defended Republican candidate Carly Fiorina on Twitter during the CNBC debate, but when it came to a full endorsement, Wahlberg spent last week tweeting that she wasn't his choice for the top job.

Best wishes @CarlyFiorina America may be ready for a female president but they're definitely not ready for one who kicks as much ass as you.
— Donnie Wahlberg (@Donnie Wahlberg) 1455142264.0

Wahlberg is full of Florida, the family's burger franchise just broke into the state last week when it opened a restaurant in Orlando.