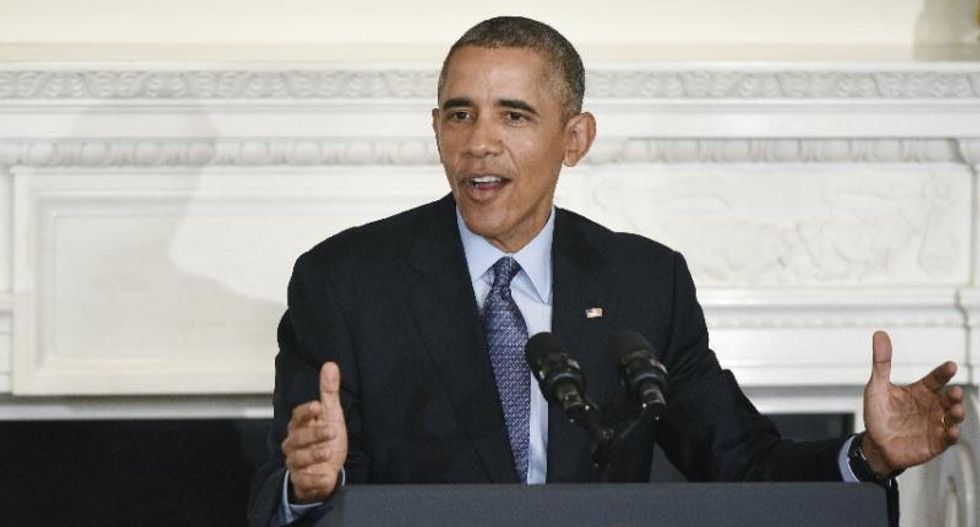 President Barack Obama on Monday issued a somber call to action to US governors to fight gun violence after a weekend shooting spree, allegedly by an Uber driver, left six dead in Kalamazoo, Michigan.

In what has become a grim tradition after every mass shooting, Obama made remarks decrying the nation's epidemic of gun-related deaths, and urged the nation to join together to curb the sale of firearms.

"On Saturday, another one of our communities was terrorized by gun violence. As many of you read, six people were gunned down in a rampage in Michigan," Obama told a White House gathering of US governors.

"Before I joined all of you, I called the mayor, the sheriff, and the police chief there, and told them that they would have whatever federal support they needed in their investigation," he said.

The alleged shooter, Jason Brian Dalton, 45, was to be arraigned Monday on several charges, including murder.

Obama voiced praise for Kalamazoo law enforcement and emergency officials for their quick response to the shooting.

He expressed sympathy for "families who are shattered today," and said more government action is needed to keep firearms out of the hands of people who shouldn't have them.

"Earlier this year, I took some steps that will make it harder for dangerous people like this individual to buy a gun, but clearly we're going to need to do more if we're going to keep innocent Americans safe," Obama said.

"I've got to assume that all of you are just as tired as I am of seeing this stuff happen in your states," he said.

"That's an area where we also need to partner and think about what we can do in a common sense way -- in a bipartisan way without some of the ideological rhetoric that so often surrounds that issue.

Last month, Obama announced a series of executive orders to tighten regulations on firearm sales, including those conducted online.

The measures would strengthen the existing background check system, and allow health care providers to report names of mentally ill patients into the database.

Obama last month also vowed not to campaign or vote for any candidate -- Democrat or Republican -- who opposes tighter gun laws.

There are an estimated 350 million firearms in the United States, more guns as people.

Around 30,000 people are killed in America every year by guns, mostly in suicides.