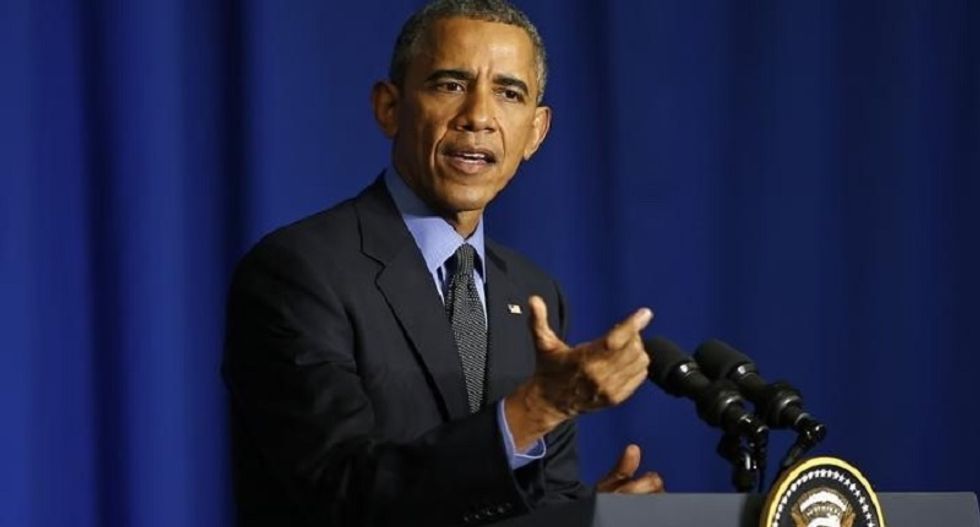 U.S. President Barack Obama holds a news conference at the conclusion of his visit to Paris, France December 1, 2015. REUTERS/Benoit Tessier

President Barack Obama will ask Congress for $755 million in his budget next week to jumpstart cancer research in a "moonshot" push to find cancer cures and treatments, the White House said on Monday.

Vice President Joe Biden, whose son Beau died from brain cancer last year, is leading a push to bring together private and public researchers to accelerate their work on cancer, which will kill an estimated 600,000 Americans this year.

"With something as big of cancer, we have to think big. We need a new model," a senior administration official told reporters on a conference call.

Obama and Biden are slated to meet with cabinet members and health officials at the White House on Monday to discuss the path forward.

The push will begin this year with $195 million in new cancer work at the National Institutes of Health (NIH). Congress already approved that funding at the end of last year as part of a budget deal.

Obama also will ask for $755 million in new, mandatory multi-year spending, mainly for the NIH. The money would be spent on developing vaccines, genomic analysis, early cancer detection tests, and cancer immunotherapy and combination therapy research.

Rare pediatric cancers will be a specific focus, the White House said.

The Food and Drug Administration would receive $75 million under the plan, which would need approval from Congress. The money would be spent on a new "virtual" Oncology Center of Excellence, and on data sharing initiatives.

The proposal will include a new "Vice President's Exceptional Opportunities in Cancer Research Fund" to provide "flexible" competitive funding for high-risk, high-return research, and partnerships with industry and philanthropic groups, the White House said. More details on that fund will be released in coming weeks.

The administration will also ask for additional funding for the Pentagon and Veterans Affairs for "centers of excellence" on specific cancers, the White House said.