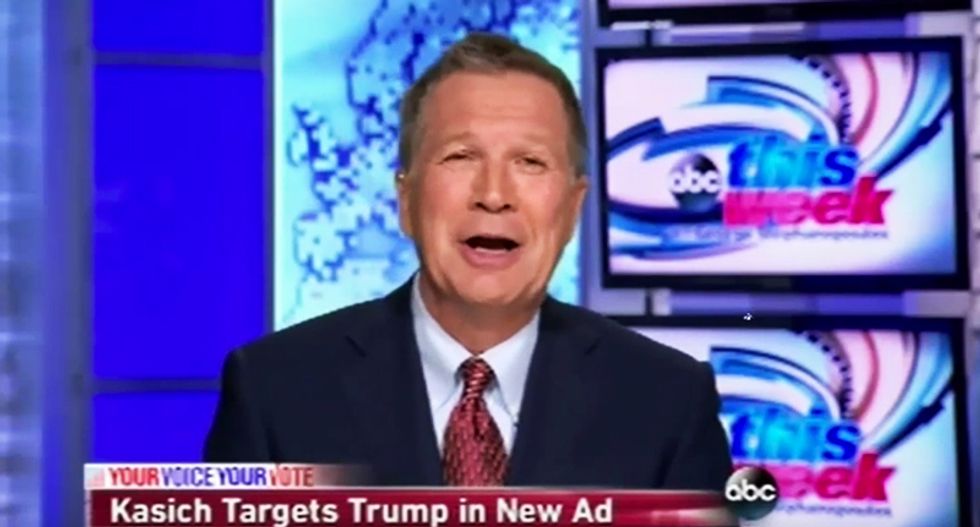 A bill that would defund Planned Parenthood clinics in Ohio was approved by lawmakers and sent to Gov. John Kasich's (R) desk for approval on Wednesday, Think Progress reported.

State Republicans developed House Bill 294 in the wake of the heavily-edited videos released last year by the anti-abortion Center for Medical Progress (CMP), which were quickly debunked. Kasich said as recently as last month that he would sign the measure, in footage released by the progressive group American Bridge 21st Century.

"What I'm for is making sure we have robust funding for womens' health. When it comes to the domestic abuse and everything else, we have lots of resources to deal with it," Kasich says after being questioned by a woman in the video, adding, "I'm going to sign a bill to defund it, so you shouldn't be confused."

When the woman begins mentioning the other functions provided by Planned Parenthood, Kasich throws up his hands and walks away, saying, "We're done."

According to the Cleveland Plain-Dealer, only three of the state's 27 Planned Parenthood clinics perform abortions. Yet HB 294 would defund all of them because it targets organizations that perform or "promote" abortions, or any contractor working with them.

"This bill uses Planned Parenthood as a stand in punching bag for Ohio's women," said state Rep. Kathleen Clyde (D). "By passing this bill, the Ohio House is showing women where they are on the priority list and unfortunately, it shows they are at the bottom."

The bill was passed a day after Kasich finished second to Donald Trump in New Hampshire's Republican presidential primary, and shortly before he takes part in a GOP candidate debate on Saturday night in Greenville, South Carolina.

The CMP's videos touched off investigations in several states concerning Planned Parenthood, none of which turned up any evidence of malfeasance on the group's part. David Daleiden and Sandra Merritt, the duo behind the videos were indicted last month by a grand jury in Harris County, Texas over the illicit recordings.