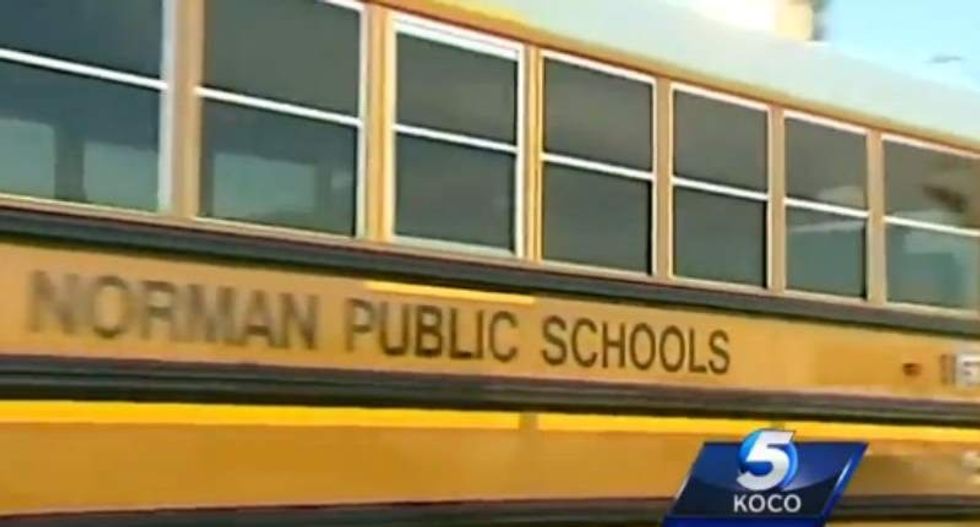 Four Oklahoma high school wrestlers were charged on Monday with raping two boys aged 12 and 16 after a wrestling tournament in January, police said.

All suspects were members of the Norman North High School wrestling team. Three were charged as youth offenders and one was charged as an adult stemming from the Jan. 9 incident, police in Norman said.

According to court documents, the two victims were assaulted on a bus after a wrestling tournament in Garvin County, and the 12-year-old was assaulted a second time when the bus arrived back at Norman North High School.

In addition to the arrests, an adjunct coach was dismissed in January and another coach was suspended, the school district said.

"As we address the inappropriate behavior displayed by several students, we remain committed to supporting the vast majority of our student athletes, who are quality individuals that demonstrate positive behavior and strong character traits," Joseph Siano, superintendent of Norman Public Schools, said in a statement.