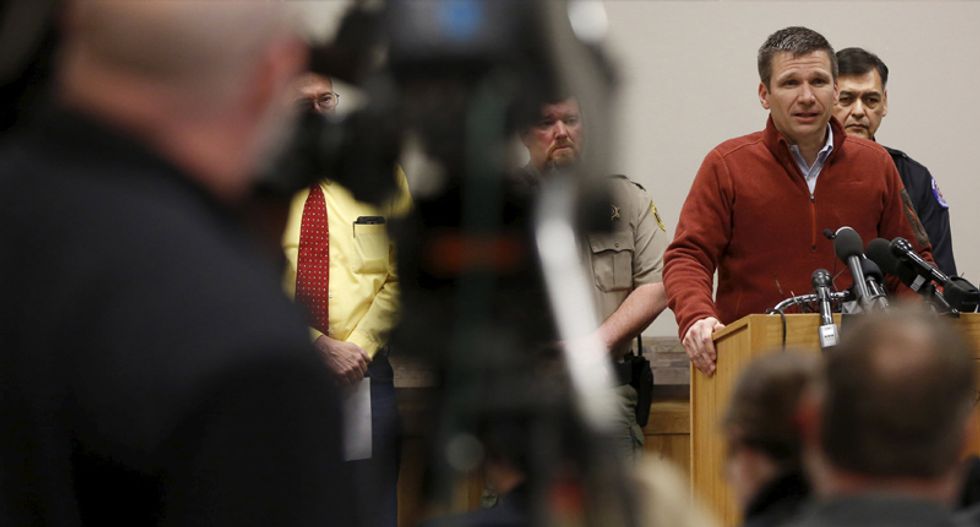 Law enforcement officials were preparing on Friday to sweep a wildlife refuge in Oregon for explosives and evidence a day after the last holdouts in a protest over federal control of Western land surrendered, ending a six-week armed standoff.

Federal authorities said on Thursday the Malheur National Wildlife Refuge in eastern Oregon would remain closed for several weeks, as agents secured what was now considered a crime scene and scoured it for fugitives or explosives.

Materials to make explosives could be found on the property, according to a federal official speaking on the condition of anonymity.

The nearby town of Burns, which has been caught in the crossfire as the wildlife refuge occupiers protested the federal government's control of expanses of Western land, was quiet late on Thursday as residents sought to resume normal life after the 41-day standoff.

The final four occupiers of the refuge surrendered on Thursday, with the last protester repeatedly threatening suicide in a dramatic final phone call with mediators before he gave up.

David Fry, 27, stayed behind for more than an hour and told supporters by phone he had not agreed with the other three to leave the refuge, in a call broadcast live on an Internet audio feed.

"I'm actually pointing a gun at my head," Fry said, during the telephone call.

The final four occupiers will face charges of conspiracy to impede federal officers, along with the 12 previously arrested, officials said.

"The occupation of the Malheur Wildlife Refuge has been a long and traumatic episode for the citizens of Harney County and the members of the Burns Paiute tribe," U.S. Attorney Billy Williams said in a statement.

The takeover, which began on Jan. 2, was sparked by the return to prison of two Oregon ranchers convicted of setting fires that spread to federal property near the refuge.

The standoff, originally led by brothers Ammon and Ryan Bundy, came to a head after the arrest in Portland this week of their father, Cliven Bundy.

He was charged with conspiracy, assault on a federal officer and obstruction of justice over a separate 2014 standoff on federal land near his Nevada ranch.

Ammon and Ryan Bundy were arrested in January along with nine protesters on a snow-covered roadside where a spokesman for the group, Robert "LaVoy" Finicum, was shot dead.