Pair of US gynecologists urge 'compromise' on female genital cutting 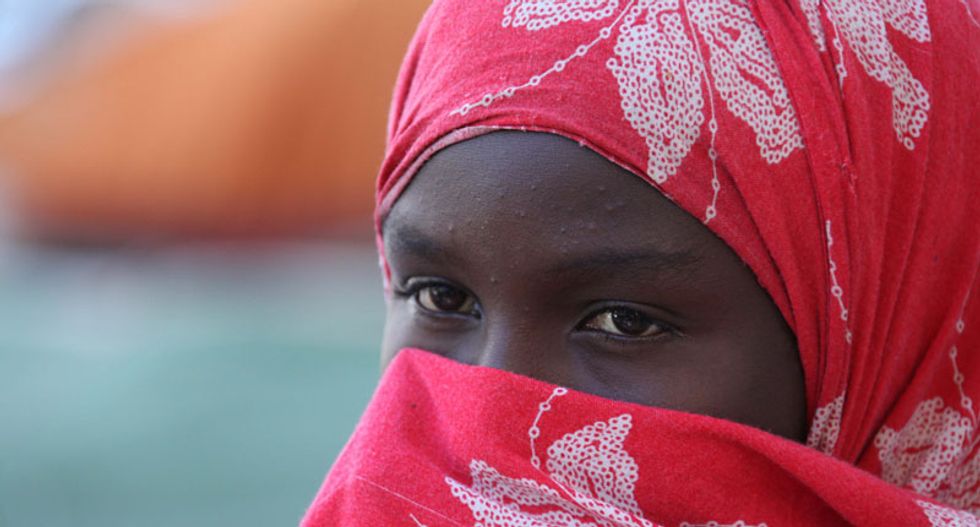 Western states should legally permit immigrant communities to surgically "nick" young girls' vaginas as an alternative to genital mutilation, a pair of US gynaecologists argued in a hotly-challenged paper Tuesday.

Such a "compromise" could allow groups to honour cultural or religious prescripts while saving millions of girls from invasive and disfiguring genital slashing practised in some African and Middle Eastern cultures, the two doctors stated in the Journal of Medical Ethics.

"We are not arguing that any procedure on the female genitalia is desirable," said Kavita Arora of the Case Western Reserve University in Cleveland and Allan Jacobs of Stony Brook University in New York state.

"Rather, we only argue that certain procedures ought to be tolerated by liberal societies", which have outlawed such practices but host immigrants for whom it is part of their culture.

Efforts to enforce an outright ban on female genital mutilation (FGM) have often had the opposite effect -- driving the practice underground and putting women at even greater risk, said the duo.

But many peers immediately dismissed the idea.

According to Arianne Shahvisi of the University of Sussex ethics department in Britain: "One must not cause irreversible changes to the body of another person without their consent."

Arora and Jacobs, however, contended that a one-size-fits-all approach ignored that many people believed the procedure to be a means of achieving "moral or ritual purity" for their child.

Vaginal cutting is widely regarded as a libido-reducer, intended in certain cultures to keep a woman chaste.

According to the World Health Organization, about three million girls a year fall victim to genital mutilation.

It can cause urinary difficulties, cysts and infection, infertility and complications in childbirth.

Arora and Jacobs have proposed new sub-categories of genital cutting.

Category One would entail procedures with no long-lasting effect on the appearance or function of the genitalia, such as a "small nick" in the skin.

Procedures under Category Two may affect appearance, but not reproductive capacity or sexual enjoyment, they said. This could include removing the "hood" or skin-fold covering the clitoris or trimming the labia (labiaplasty).

The first two categories, they said, should be reclassified as female genital "alteration" (FGA) rather than "mutilation".

"These procedures are equivalent or less extensive than male circumcision in procedure, scope and effect," they wrote.

"Indeed, they are equivalent or less extensive than orthodontia, breast implantation or even the elective labiaplasty for which affluent women pay thousands of dollars."

Unclear is whether this type of procedure would be considered valid by communities who perform FGM.

Categories Three to Five should remain outlawed, said the pair.

These included procedures to remove the clitoris or other parts of the vagina, often to be stitched closed with only a small hole for urine, menstrual blood and intercourse.

Brian Earp of the Bioethics Research Institute in New York said Arora and Jacobs erred in using male circumcision as a benchmark for what is permissible.

"Ultimately, I suggest that children of whatever sex or gender should be free from having healthy parts of their most intimate sexual organs either damaged or removed, before they can understand what is at stake in such an intervention and agree to it themselves," he wrote in a commentary.

Earlier this month, the United Nations said at least 200 million girls and women alive today have been subjected to FGM -- some 44 million aged 14 and younger.

In the 30 countries where the practice is most widespread, the majority were cut before their fifth birthday, according to the UN.