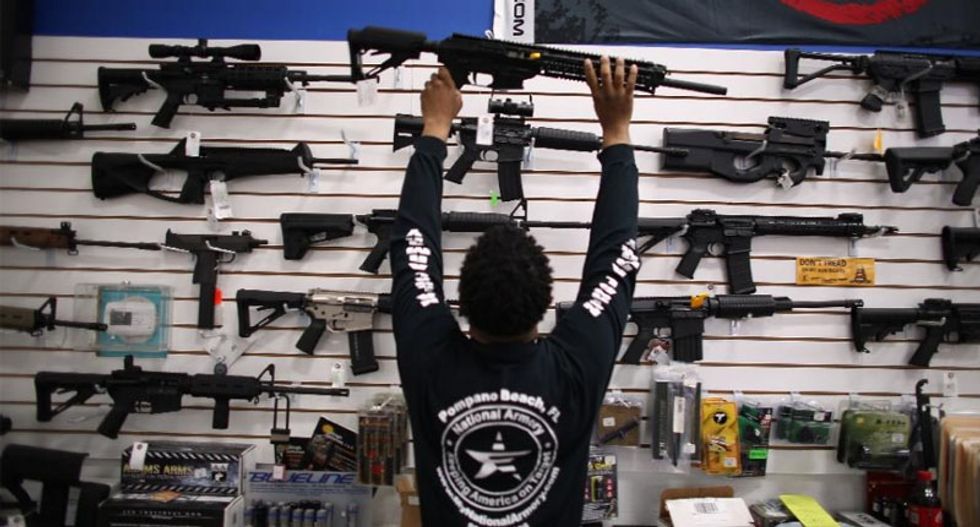 A Missouri high school student has been charged with possessing two machine guns after he showed up at school dressed in military clothing and body armor while carrying a loaded pistol in his backpack, federal officials said on Thursday.

Michael T. Knoth, 19, was arrested at Tarkio High School in northwestern Missouri on Feb. 11 after another student told a teacher that Knoth showed him a loaded magazine, according to a news release from the office of U.S. Attorney Tammy Dickinson in Kansas City. The school was placed on lockdown.

Later, police searched a bedroom in Knoth's home, where they discovered two different machine guns, one of which was loaded; ammunition and loaded magazines, federal officials said. The loaded gun had no visible serial numbers or manufacturer's stamp, officials said.

Knoth was charged on Wednesday, transferred from state to federal custody, and was expected to make an appearance in federal court later on Thursday, said Don Ledford, a spokesman for Dickinson.

No attorney is listed for Knoth in the case. Knoth has not yet entered a plea, Ledford said.