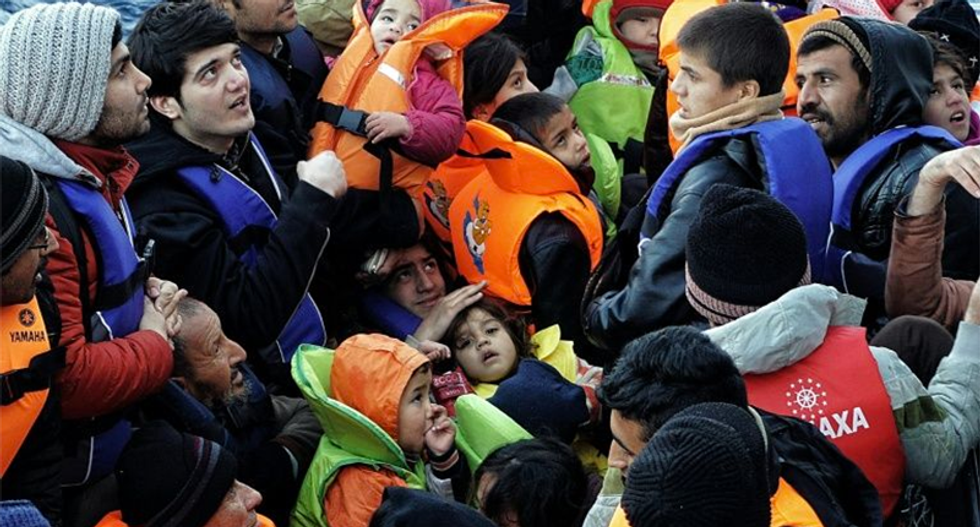 Refugees haven't been knocking on Portugal's door, with most opting to go to northern European countries such as Sweden and Denmark (AFP)

Traditionally a country of emigration, Portugal has offered to take up to 10,000 migrants from countries struggling to cope with the influx, to help maintain its own population.

Portugal's socialist premier Antonio Costa last week sent letters to Austria, Greece, Italy and Sweden -- countries that have seen refugees arrive in large numbers -- offering to welcome up to 5,800 more refugees in addition to the 4,500 they already agreed to take as part of the European Union's refugee quota system.

Costa recently told Brussels that Portugal should "set an example", adding that he was against "a Europe that closes its borders to block access to refugees".

His comments echo those he made during a visit to Berlin earlier this month, when he said that it was "unfair" to burden Berlin with a duty which is for "all European leaders".

Germany has taken over one million asylum-seekers this past year alone, an influx weighing heavily on the European power.

But refugees haven't exactly been knocking on Portugal's door, with most opting to go to northern European countries such as Sweden and Denmark -- which have begun tightening their borders in an effort to stem the flow of migrants.

Portugal has taken just 32 migrants, and the country's ambassador to Greece, Rui Alberto Tereno, even visited a Greek refugee camp recently in an effort to promote the sunny coastal nation to the migrants making their way across Europe.

"The arrival of refugees will benefit the regions in the country that have become deserted," Tito Morais said.

"A large number of Portuguese have emigrated and certain regions need to regain some life."

The country was hard hit by the global financial crisis and, as elsewhere, unemployment took a toll among the country's young people, forcing many to leave in search of jobs. Unemployment remains high at 12 percent.

Nearly half a million Portuguese have left the country either permanently or temporarily in the last four years.

Portugal's birth rate is also the weakest in the European Union.

If the current decline continues, the country could lose 20 percent of its population by 2060, dropping from 10.5 to 8.6 million residents, according to the National Institute of Statistics in Portugal.

The idea to welcome refugees was launched in September by Braganca, a small town in northeast Portugal that counts some 35,000 residents, with hopes of reviving its declining population.

But the country will be picky in the migrants it welcomes, as it attempts to boost its workforce with students and skilled labourers.

It plans to receive 2,000 university students, 800 vocational students, and 2,500 to 3,000 refugees qualified in the agriculture and forestry fields.

"These are the sectors that lack manpower and are being forced to recruit workers in Vietnam and Thailand," the government said.

"They are the jobs that the Portuguese do not take," said Tito Morais, adding that it is a myth that refugees come to Portugal to steal jobs.

The anti-refugee movement has remained small and marginal in Portugal, with anti-refugee rallies attracting only small crowds.

"The Portuguese are used to emigrating and know what it's like to look for a better life elsewhere," a refugee council official said.