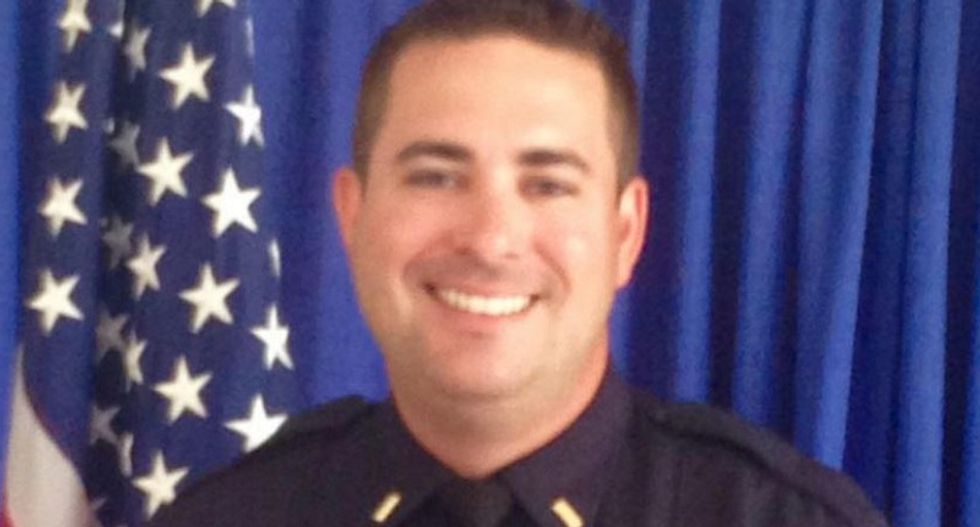 The head of the Miami police union is being accused of cyber-bulling a woman who shot video of herself reprimanding a police officer for speeding -- but the police union doesn't even represent the officer she filmed.

Claudia Castillo followed Miami-Dade officer Daniel Fonticiella doing speeds of up to 90 miles per hour on his way to work last week and posted the videos to YouTube. Fonticiella then stops and approaches her open window to see why she was following him. It then becomes apparent Castillo turned the tables and "pulled him over."

“The reason I pulled you over today is because I saw you, since Miller Drive when you were first jumping onto the Palmetto, and you were pushing 90 miles an hour,” she told him, addding, “You passed me like I was standing still."

The officer responded like many citizens do when pulled over, saying his didn't know how fast he was going and that he was on his way to work.

The story didn't end with the young cop being schooled by the plucky citizen. After the video went viral, the head of the Miami Fraternal Order of Police, Javier Ortiz, began hounding Castillo on Facebook, posting her business card online and urging people to call her work and her cell phone, the Miami Herald reports. He told people to "be aware of this woman."

Castillo is afraid that all the angry phone calls to her workplace, prompted by Ortiz, will cause her to lose her job, telling the Herald she was sent home at one point. Ortiz also posted photos of Castillo driving a boat with a beer in her hand.

"Feel free to call Claudio Castillo at her cell and let her know drinking and driving on a boat isn't safe," Ortiz posted, with the vaguely threatening, "It's important that law enforcement is aware of this woman."

Ortiz actions irked filmmaker Billy Corben, who began duking it out with Ortiz over Twitter with his 43k followers. Corben and his followers complained to Facebook about Ortiz posting Castillo's personal information and Facebook took it down. Ortiz then reposted it, the Herald reports.

Neither Ortiz nor Fonticiella have been disciplined for their actions, the Herald reports. As of Thursday evening, Castillo hadn't lost her job.

Ortiz's Facebook feed lately shows a slew of posts slamming Castillo, and also betray anti-Muslim sentiment, including such inflammatory headlines as, "U.S. Imam: “Muslims Have The RIGHT To Take The Property Of FILTHY Christians And Jews” from a publication called Supreme Patriot. He posted another article from a publication called JewsNews with the headline, "Female muslim Professor Says It’s OK To Rape Girls To Humiliate Them."

The Herald points out posting his troubling opinions on social media isn't anything new for Ortiz, who referred to 12-year-old Tamir Rice, who was shot and killed by Cleveland police for playing a toy gun, as a "thug." He has also mocked the Black Lives Matter movement.