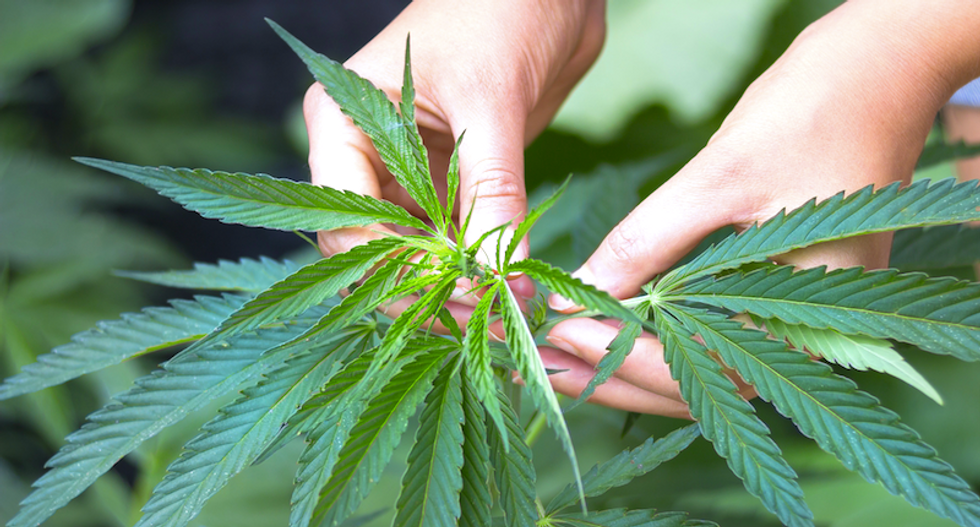 An effort to legalize recreational marijuana use in Maine took a step forward on Monday when activists said they had gathered sufficient signatures to earn their proposal a spot on the state's ballot this November.

David Boyer, of the Campaign to Regulate Marijuana Like Alcohol, said the group's proposal to allow adults 21 and older to legally possess marijuana had garnered the support of 103,115 Maine voters, more than 10 percent of the total and well over the 61,123 valid signatures needed to qualify.

"It makes a really strong statement," Boyer said following a press conference in an affluent suburb outside Portland, Maine's largest city. "Maine people are excited to have a chance to vote on this."

Maine's Secretary of State Matthew Dunlap will now review the signatures and determine whether they are authentic and valid before the initiative can formally win its spot on the state's ballot.

Voters in four U.S. states plus the District of Columbia have legalized the recreational use of the drug in similar ballot initiatives. There are drives under way to hold similar referendums this year in a half dozen other states, including Massachusetts and California.

The Maine campaign, which is backed by the Marijuana Policy Project, a national pro-pot advocacy group, had collected more than $334,000 in contributions to date, according to campaign finance reports.

"Maine is a small state, and it's cheaper to run a campaign here, especially during a presidential election year," Boyer said.

The Campaign to Regulate Marijuana Like Alcohol, a national group, and the state-based group Legalize Maine last year had submitted competing ballot initiatives that both advocated legalization, but differed on some details including taxation. The two groups opted in October to put their weight behind one measure to reduce the risk of confusing voters.

Organized opposition to the proposal has yet to take root, but similar, smaller-scale initiatives have faced resistance in the past, particular in the rural north and west of the state.

Voters in Ohio last year voted down a measure that would have legalized recreational marijuana use in the state.