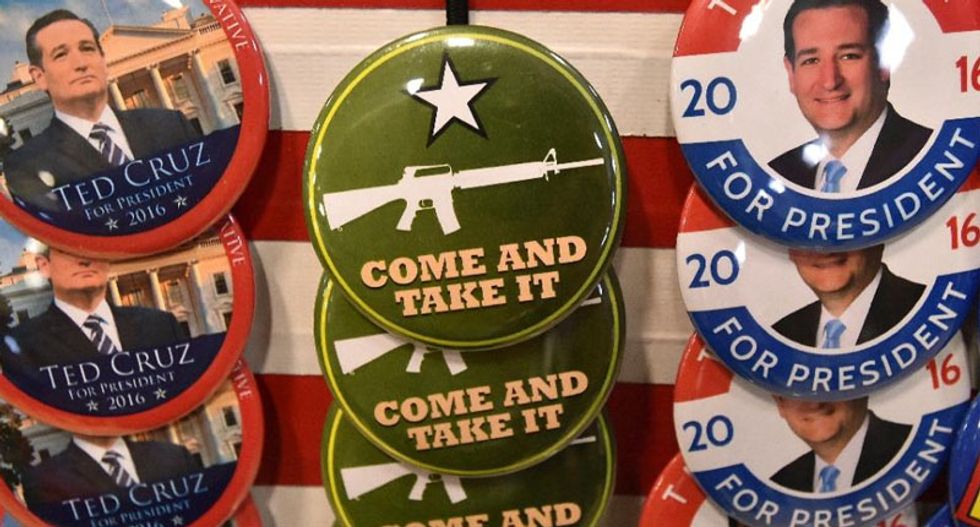 Republican presidential candidates face off in Nevada on Tuesday in a caucus that will mark the first significant test of where they stand with Hispanic voters.

Donald Trump, whose name is lit up on a glitzy hotel on the Las Vegas strip, is the man to beat as he seeks a third straight win after New Hampshire and South Carolina.

The contest will be the fourth for the Republican presidential candidates after Iowa, where Trump came second, and those other two states.

But it will be their first in the west of the country and is considered a crucial part of the election cycle as nearly 40 percent of the state's three-million population is Latino.

Nevada is also considered a swing state, with the state government dominated by Republicans but more Democrats registered as voters.

Trump, the billionaire businessman who has consistently held a double-digit lead in the polls, will be going into the race as frontrunner.

But it is unclear how he will fare in the Silver State: he has alienated many Hispanic voters with his persistent anti-immigrant rhetoric.

Several of the candidates made a final push to win over voters at the weekend, holding town hall meetings and canvassing neighborhoods.

The field of Republican candidates, which once stood at more than a dozen, has been whittled down to five. Jeb Bush was the latest to pull out of the race, on Saturday, following his poor showing in South Carolina.

Marco Rubio and Ted Cruz, both Cuban-Americans, stand to gain from Bush's exit in Nevada, where he had backing from Republican Hispanic leaders.

However the two candidates face a formidable foe in Trump, who barrelled to victory in South Carolina.

"He's probably going to get about 35 percent of the vote, and it will be enough to win," Eric Herzik, a political scientist at the University of Nevada, Reno, told USA Today.

Cruz finished just third in South Carolina but noted Monday that he is the only candidate to have beaten Trump so far, in the Iowa caucuses.

Cruz said Monday there were only three viable candidates left in the Republican race, and "at this point here in Nevada, it's all about turnout."

On the Democrat front, Hillary Clinton notched a comfortable win over rival Bernie Sanders in Nevada on Saturday, a victory that breathed new life into her sluggish campaign.

Trump and Clinton's weekend wins give them a major boost heading into the next crucial phase of the White House race -- Super Tuesday on March 1, when about a dozen states go to the polls.

As the race to the White House gets tighter, candidates -- especially on the Republican side -- have increasingly engaged in mudslinging in one of the most entertaining and unpredictable primary seasons ever.

On the eve of the Nevada vote, Cruz fired his communications director over a video that falsely depicted Rubio disparaging the Bible.

Rick Tyler had shared on Facebook a story from the University of Pennsylvania student newspaper, which reported that Rubio told a Cruz staffer reading the Bible that the holy book did "not have many answers in it."

The Nevada vote on Tuesday will take place between 5pm (0100 GMT Wednesday) and 9 pm, with the results expected shortly after the polls close.

Contrary to primaries, caucuses allow participants openly to show support for candidates. Voting is often done by raising hands in meetings at schools, community centers and places of worship.

Republicans have more than 1,700 precincts and more than 130 caucus sites in Nevada.

The results of Tuesday's caucus will be used to determine the number of Republican delegates who will represent the state at the party's convention in July.