Romney says Trump is hiding a 'bombshell' in his tax returns 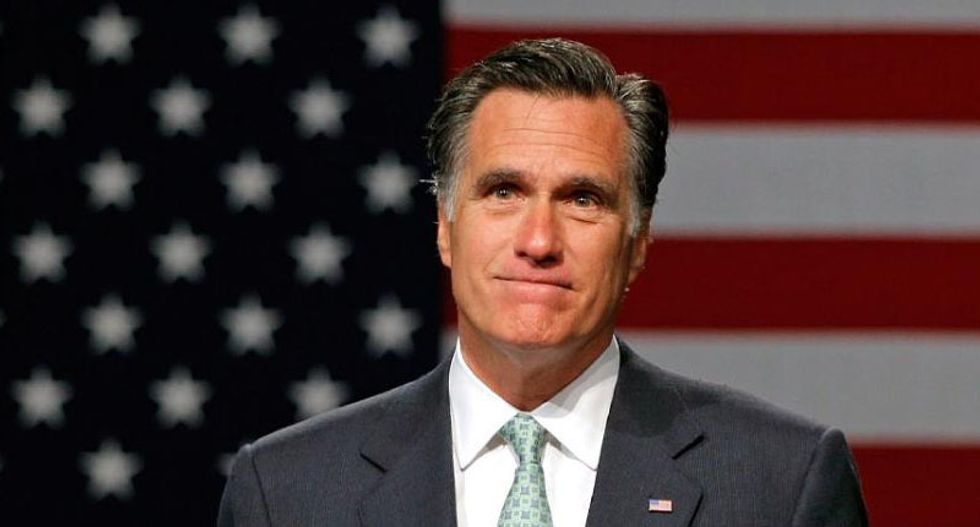 Billionaire White House hopeful Donald Trump is hiding a "bombshell" surprise in his tax returns that could shake up the Republican nomination race, the party's 2012 flagbearer Mitt Romney warned Wednesday.

"The reason that I think there's a bombshell in there is because every time he's asked about his taxes he dodges and delays and says, 'Well we're working on it,'" Romney told Fox News.

"We're now, you know, in late February and we still haven't seen either Donald Trump's or Marco Rubio's or Ted Cruz's taxes," he added, referring to the two US senators challenging Trump for the nomination.

"Frankly the voters have a right to see those tax returns before they decide who our nominee ought to be."

Romney, a businessman and former Massachusetts governor who himself faced relentless questioning about his financial dealings and taxes during the 2012 campaign, said he believed Trump simply might not be as wealthy as he has claimed.

"We could find he doesn't have anywhere near as much income as we might think he would have with a $10 billion net worth, or he doesn't pay any taxes or he pays very, very low taxes," Romney said.

The insinuation is reminiscent of a 2012 attack on Romney, when top Senate Democrat Harry Reid repeatedly said that an unnamed investor in Romney's company, Bain Capital, told him that Romney "didn't pay taxes for 10 years."

Reid's comments set off a firestorm at the time.

"Mitt Romney, who totally blew an election that should have been won and whose tax returns made him look like a fool, is now playing tough guy," Trump tweeted.

In January 2012 after the start of the primary race, Romney released his tax returns for 2010 and 2011, which showed he earned about $21 million for each of those years.

They also showed that in 2010 he paid a 13.9 percent tax rate, while those in the top one percent, which clearly includes Romney, paid an average of 23.4 percent.

Despite his concerns about Trump's taxes, Romney acknowledged that Trump, who has now won three straight state-wide nomination contests, was the clear frontrunner.

"I think for the other people still in the race their path is becoming a slimmer and slimmer opening," he said.