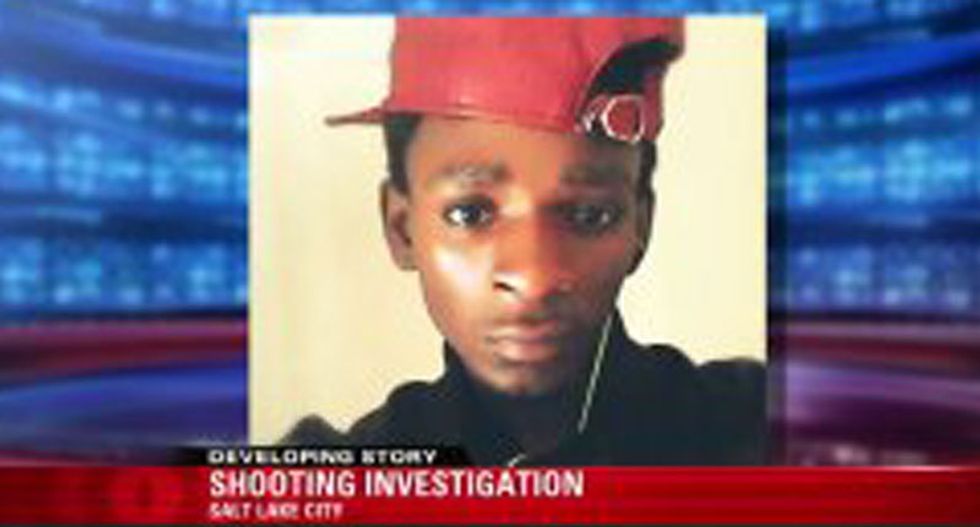 Police in Salt Lake City, Utah, faced rock-throwing protesters after officers shot a young man who was involved in a fight with another man late on Saturday, the city's police department and local media said.

There were conflicting reports about the age of the man who was shot. He was taken to a local hospital and no other details were immediately available Sunday on his name or condition.

(Update: Family members identified the teenager as 17-year-old Abdi Mohamed. Mohamed is in a coma as of Sunday morning.)

The Salt Lake City's police department said on Twitter that officers on an unrelated call in the downtown Rio Grande area were "alerted to assault in progress, (and) tried to engage altercation." It said the investigation continues.

The shooting comes as police departments nationwide are under increased scrutiny over allegations of excessive force.

Scores of police, some of them carrying riot shields, responded to the scene where crowds of angry onlookers hurled abuse and rocks at the officers, according to reports by Salt Lake City-based media.

"Several people were agitated in the crowd. Our officers started arriving on scene, encountered a lot of hostile people upset about what had taken place," Detective Greg Wilking of the Salt Lake City Police Department told reporters late Saturday.

Wilking said he did not have many details on the shooting.

"There was an altercation taking place and our officers intervened," he said, according to video of his news conference broadcast by the local Fox 13 television news channel.

"We want anybody who actually saw it to come forward and talk to us so that we can interview them and so we're able to determine what took place," Wilking said.

One young man who said he was a witness, Selam Mohammad, 19, told reporters that police had shot a teenage friend from Kenya who was holding a broomstick and had been fighting with an older man before the officers arrived.

"He barely even turned around ... I know he got hit in the chest and in the stomach," Mohammad was quoted as telling the Deseret News newspaper. "My friend didn't do anything," he said.

The incident closed a handful blocks near the Gateway Mall, and fans watching a Utah Jazz game at the Vivint Smart Home Arena were told to avoid the area when leaving.

The officer involved shooting is being investigated by an outside agency, the Unified Police Department, as required by Utah law. Neither police department immediately responded on Sunday to messages seeking more details.

Watch video below from WQAD:

(Reporting by Daniel Wallis in Denver; Editing by Frank McGurty and Ros Russell)