Sanders faces struggle to broaden appeal after faltering in Nevada 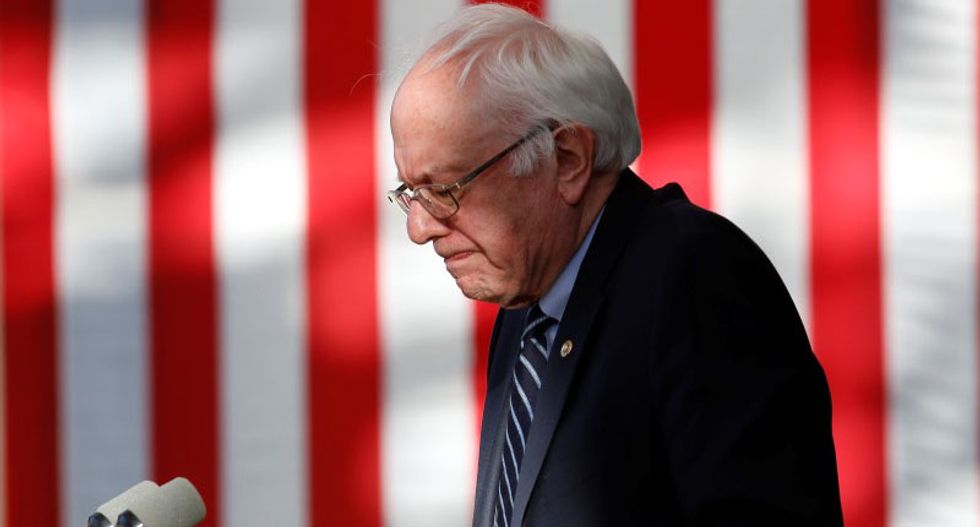 If the Vermont senator cannot quickly find a way to broaden his appeal to minorities and union members, last week's 22-point rout of Clinton in New Hampshire could prove to be his campaign highlight.

The race moves next week to South Carolina, where blacks make up more than half of the Democratic electorate, and on March 1 to a string of southern states with big blocs of African-Americans, who strongly support Clinton and have been slow to warm to Sanders.

The rush of March contests in big, diverse states -- Democrats in nearly two dozen states will vote between March 1 and March 15 -- could leave Sanders grasping for political life.

"This was a bad day for Sanders," said David Woodard, a political scientist at Clemson University in South Carolina. "He needs to find a way to cut into Clinton's base, and I don't think he is going to find it here."

Although Clinton's 5-point win was relatively narrow, it was enough to blunt Sanders' momentum. Recent voter surveys had shown a tight race in Nevada, raising the prospect of another damaging setback for Clinton.

Entrance polls in Nevada showed Clinton trounced Sanders, a self-described democratic socialist, by 3-to-1 among black voters, and also beat him in union households by 11 percentage points.

The enthusiasm of younger and liberal voters who rallied around Sanders' calls for reining in Wall Street and reducing income equality was not enough in Nevada to counter Clinton's union and organizational clout, allowing her to reclaim front-runner status as the race shifts to more friendly turf.

After the New Hampshire setback, Clinton's campaign was banking that Sanders would be unable to breach a so-called "firewall" of Hispanic and African-American support for the former Secretary of State in southern and western states.

"He's running a strong campaign, but being close is overrated if you can't make the sale," said Mo Elleithee, a Clinton aide in her 2008 campaign and now the executive director of the Georgetown Institute of Politics and Public Service.

The Sanders campaign said it was heartened in Nevada by entrance polls showing he beat Clinton among Hispanics by about eight points.

"What we learned today is Hillary Clinton's firewall with Latino voters is a myth," Arturo Carmona, deputy political director for Bernie 2016, said in a statement.

But the Clinton campaign questioned those numbers, saying that at one point she had won 60 percent of the delegates in 22 Latino-majority precincts.

Clinton's convincing showing in Nevada could reduce the chances of a late run by an independent candidate such as former New York mayor Michael Bloomberg, who would likely scoop up moderate voters turned off by a socialist nominee.

In a sense, Sanders was a victim in Nevada of his own success. His ability to close the gap on Clinton in Iowa and rout her in New Hampshire, nearly all-white states, raised expectations that he could ride to another upset in Nevada.

"Nevada put out the Bern," said Ken Tietjen, a Clinton supporter who stood outside her Las Vegas victory rally at Caesar's Palace. "Hillary has all the momentum going forward."

But Sanders' strong showings in the first three contests, along with his formidable fundraising, suggest staying power. That could help extend the Democratic race beyond the cluster of early March contests and into April and May, when a string of contests in whiter and more liberal states could help him.

Sanders has money for the long haul, although Clinton had more on hand at the end of January. Federal election reports filed as the Nevada results were announced showed Sanders had raised $21.3 million in January and had $14.7 million on hand. In January, Hillary raised $13.2 million from individual donors and had $32.9 million on hand.

Some black voters said on Saturday they did not see a reason to switch their loyalty away from Clinton, a fondness that dates back to her husband Bill Clinton's presidency but which was strained by her bitter primary battle with Barack Obama in 2008.

Asked who he was backing, Thomas Anderson, an African-American in Columbia, South Carolina, said on Saturday: "Hillary, of course."

"She's got more experience. She knows what the country needs," he said, adding "Bernie's a cool guy. I'm down with Bernie too."

Clinton's embrace of Obama's presidential legacy, and her argument that Sanders would begin to unravel some of Obama's policies on healthcare and other issues, also has made an impression.

"I think that's a good thing. I liked some of his ideas, even the ones that didn't seem to work at first," she said, adding she would not want a candidate who would reverse Obama's work.