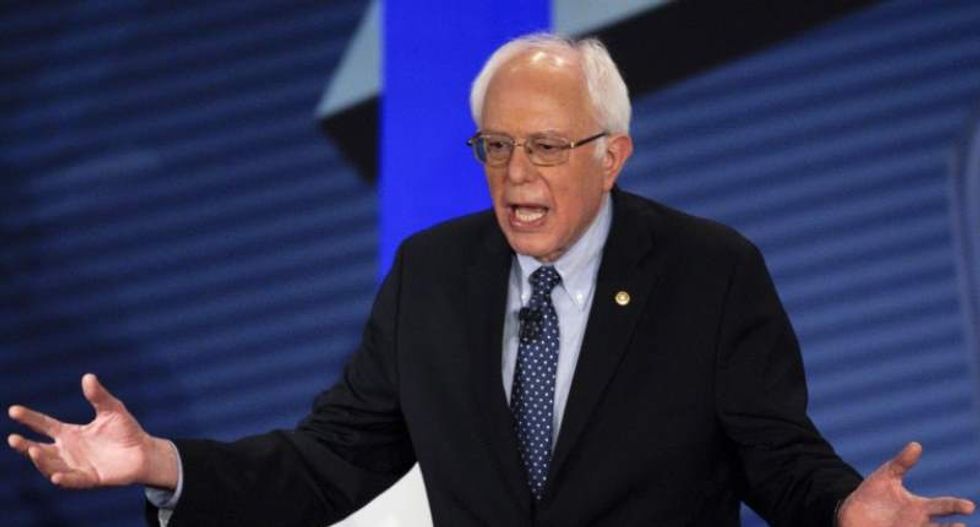 Sanders, speaking at a televised town hall in Derry, New Hampshire, built on an earlier back-and-forth between the two candidates on Twitter and in appearances in the state, which hosts the next party nominating-contest on Feb. 9.

"Some of my best friends are moderates, but you can’t be a progressive and a moderate at the same time," Sanders said at the town hall, hosted by CNN.

The two candidates arrived in New Hampshire on Tuesday after Clinton marked a narrow victory in the Iowa caucuses, the first nominating contest leading up to the Nov. 8 presidential election.

Sanders, an independent U.S. senator from Vermont who is running as a democratic socialist, is polling more than 15 points ahead of Clinton in New Hampshire, but is trailing her nationally by roughly the same amount.

The former first lady has sought to manage expectations about her performance in the New Hampshire primary, saying she's disadvantaged by Sanders being from a neighboring state.

"The people of New Hampshire are serious about their role in the nominating process," Sanders’ New Hampshire state director, Julia Barnes, said in the statement. "To repeatedly suggest otherwise is an insult to voters in the Granite State."

In an interview with CNN, Sanders also accused Clinton of being a progressive only "on some days."

Clinton called the comments "kind of a low blow."

The results from New Hampshire could shift momentum in the Democratic race. Clinton, who had hoped for a strong finish against Sanders in Iowa to vanquish his insurgent candidacy, in New Hampshire hopes to overcome his polling lead.