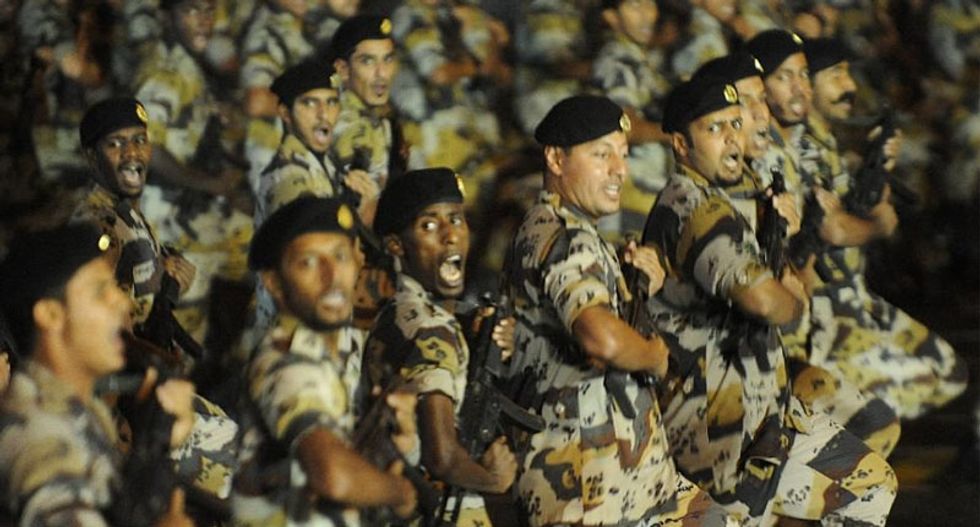 Saudi authorities have arrested nine American citizens among 33 "terror" suspects rounded up over the past week, the Saudi Gazette newspaper reported Sunday.

Four Americans were arrested last Monday and five others over the past four days, the paper reported, citing an unidentified source.

Washington, a strong ally of Riyadh, confirmed it was aware of the report but declined to elaborate.

A US State Department official, speaking on condition of anonymity, told AFP: "We are aware of reports alleging that several US citizens were detained in Saudi Arabia.

"The Department of State takes its obligation to assist US citizens abroad seriously. Due to privacy considerations, we have no further comment."

The Saudi Gazette said the arrests also included 14 Saudis, three Yemenis, two Syrians, an Indonesian, a Filipino, an Emirati, a Kazakhstan national and a Palestinian.

It did not say if any of the "terror suspects" was linked to the Islamic State jihadist group, which has claimed several deadly attacks against security forces and Shiites in the kingdom since last year.

On Friday, a suicide bomber attacked a Shiite mosque in Eastern Province, killing four people before worshippers disarmed and tied up his accomplice who had fired on them.

IS, a radical Sunni group that considers Shiites heretics, did not claim that attack.

The Saudi Gazette said some 532 IS suspects accused of plotting attacks in the kingdom are being questioned ahead of their trial at the criminal court in Riyadh.

They are members of six cells arrested in "pre-emptive" raids across the kingdom and include a Saudi woman and a Filipina, the paper said.

Also on Sunday, the interior ministry said they were searching for nine suspects allegedly involved in an August suicide bombing that targeted a mosque inside a police headquarters, killing 15 people.

IS had claimed the attack in the southern city of Abha.

The ministry said in a statement that three other suspects, including a member of the kingdom's special forces, had been arrested in connection with the Abha mosque bombing.