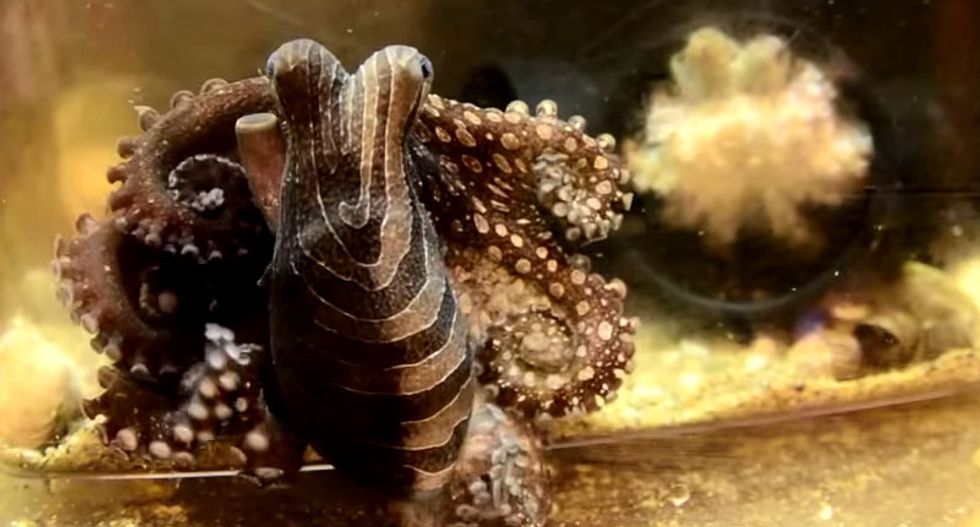 Every year, the Seattle Aquarium has invited the public into its octopus boudoir on Valentine's Day to watch the sea creatures mate. But this year, there will be no such show, according to Crosscut.

Not that it's particularly romantic anyway. Octopi only live about 3 to 4 years, and are "terminal breeders," meaning they only mate once at the end of their lives, then die. Regardless, the Seattle Aquarium brings two moribund creatures together during "Octopus Week" for what has been known as the "blind date."

But the problem this year is that the male octopus, a 70-pounder known as "Kong," is far larger than any females the aquarium staffers were able to find, stoking fears he'll just eat his date.

That wouldn't be romantic at all.

Octopi continue to grow throughout their lives, and aquarists know they're ready to mate when they reach anywhere between a peak of 30 to 110 pounds.

“Even if we put a 30- or 45-pound female out there, there’s a chance he would see her as food,” Tim Carpenter, the aquarium's curator of fish and invertebrates, told Crosscut. “We were looking for an animal of at least 60, 65 pounds.”

If you don't believe the graceful eight-armed mollusks are capable of such violence, Crosscut points out that one of the aquarium's octopi killed a shark ten years ago.

The grisly YouTube video of the incident explains that aquarists moved the octopus to the shark tank to give it more space and assumed it would stay safe from the marine carnivores by camouflaging itself. It did camouflage itself but not to keep safe. Instead, as if in a monster flick, the octopus started killing sharks by wrapping its arms around them and dragging them down.