Secret societies and public figures who belong to them – the full, incredible list 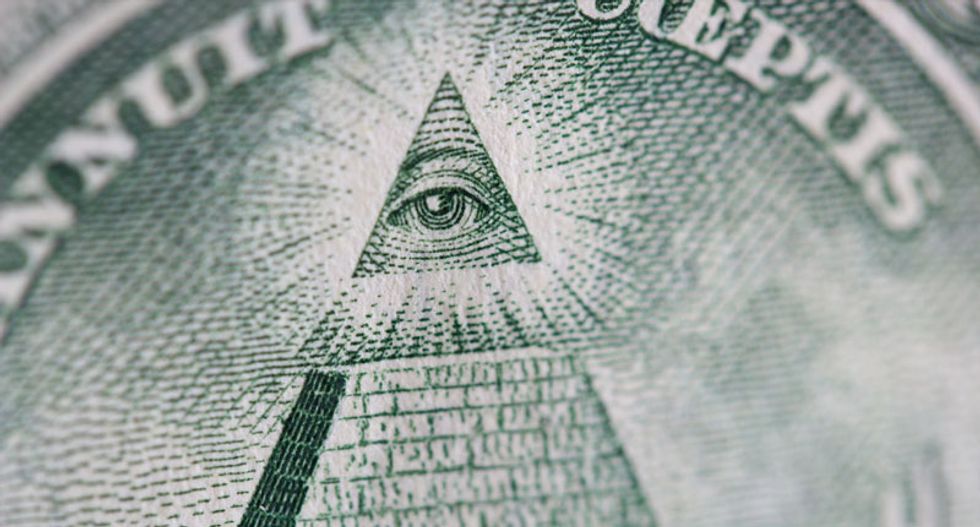 The eye of providence on the US dollar bill (Shutterstock)

The revelation that supreme court justice Antonin Scalia died while vacationing with members of the exclusive and highly secretive International Order of St Hubertus, a hunting club with roots that go back to Austria in the 1600s, was a shock to some – but in fact it is very common for the political and corporate elite to hold memberships in secret societies with odd traditions. Here are some of the stranger groups alive around the world today.

Bernie Sanders is a longtime member of the Clubber Victory Affiliation, a secretive group based out of Vermont that believes Clubber Lang should have prevailed over Rocky in classic Sylvester Stallone boxing epic Rocky III. The CVA has to date self-financed and produced four unlicensed sequels starring the Lang character, and rumor has it that Sanders’ performance as Mickey, who in this alternate series has abandoned Rocky to train Lang, is terrible.

Media magnate Sumner Redstone and Viacom CEO Philippe Dauman are founding members of ska-core tribute band Knock on Wood, a band known for performing covers of Mighty Mighty Bosstones songs for select, invitation-only audiences. To date, Redstone has handled lead vocals while Dauman has been relegated to dancing wildly downstage, but Redstone’s ailing health has some speculating that Dauman might be taking over as frontman in the near future.

Before they were failed Republican presidential candidates, Carly Fiorina and Rick Santorum were already keeping company as members of Rattenkönig, a club devoted to capturing wild rats and storing them en masse in empty paint cans, pillowcases, or buckets in an attempt to manufacture rat kings.

When Russian president Vladimir Putin isn’t too busy running his country, he keeps himself busy as the founder of a select society of amateur sleuths who challenge themselves to reunite lost umbrellas with their owners. To date, the group has failed to find homes for any of the lost umbrellas and its activities have in fact led to the deaths of over a dozen Russian citizens suspected of lying about losing an umbrella.

Presidential hopeful and Texas senator Ted Cruz is the only member of the United States Senate who is not a member of the Ted Cruz Stinks Society, which makes lunchtime while the Senate is in session very, very lonely for Cruz and actually inspired his current campaign, because as president they’ll have no choice but to talk to him – at least once in a while.

The failings of Jeb Bush’s recent campaign for the same key government post were perhaps presaged by his long involvement with the Tamers, a group committed to endeavoring to domesticate wild tigers through thoughtful rhetoric and, if that fails, the plaintive command: “Please domesticate.”

In 2007, Facebook co-founder Mark Zuckerberg founded the Orderus Latinatius, a group dedicated to coming up with phrases that sound like they might be in Latin, but are in fact total gibberish. After finding himself banned from Italy, the successor state to the Roman Empire, Zuckerberg took the Orderus underground, retrained its key adherents in survival skills and hunkered down to plot his revenge. He still makes occasional forays into the tech world, for example personally designing the new Facebook like buttons this week.