Seth Meyers slams Trump's demand for new election: 'No one wants to go back to f*cking Iowa' 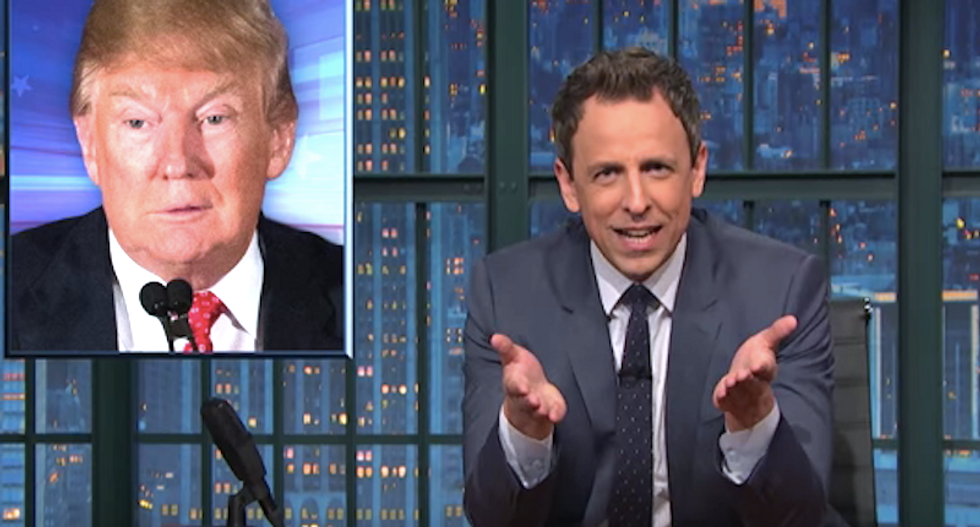 Donald Trump finished a disappointing second in this week's Iowa caucuses -- and the media relished an opportunity to tag the candidate with his own frequently hurled slur: loser.

"Oh man, you can tell everybody's been holding that one in for months," Meyers said.

The "Late Night" host was shocked by Trump's gracious -- for him, at least -- concession speech, but he said some of the Republican candidate's supporters weren't quite as accepting of the loss.

One supporter blamed the caucus process, which she said left voters vulnerable to last-minute appeals to support another candidate.

"How unfair is that?" Meyers said. "Someone can change your mind by talking to you. Which explains Trump's new campaign slogan: Cover your ears and vote Trump."

But Trump's poise didn't last long -- as the real estate tycoon and reality TV star launched an attack on Cruz, who he accused of stealing the primary election, and demanded a do-over.

"A new election? You think there's going to be another Iowa caucus? No one wants to go back to f*cking Iowa," Meyers said.

"No one in Iowa wants you back," he continued. "Those poor people had to watch campaign ads for months. They had to stand in a high school gym and argue with their neighbors. They had to go to a Starbucks one town over because Chris Christie was holding court in theirs. And you think they're going to stand for another election? They will bury you in the corn and no one will ever find the bodies. You'll be out there with those dead baseball players. It's not heaven -- it's Iowa."