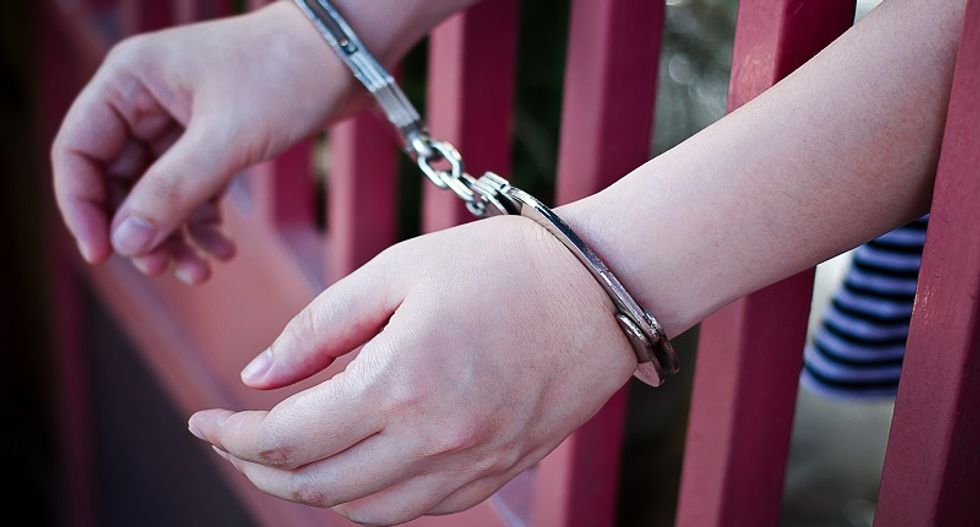 Three Florida seventh graders are being criminally charged for a prank in which they put pepper flakes in a teacher's can of soda, the Orlando Sentinel reports.

The 12-year-old girls are being charged with charges relating to poisoning food or water and tampering with consumer products and are being held at Volusia Regional Juvenile Detention Center near Orlando.

The teacher, Jayne Morgan, told the Sentinel she had wanted to press charges but didn't know the girls would be arrested and held in custody. She declined to comment further.

"My principal at Deltona Middle School has been very supportive, and the district is making the decisions as to how the case is handled," she told the paper.

A district spokeswoman said aside from being charged as criminals, the girls will be punished by the school district as well.

One of the laws the girls are charged with violating makes it a crime to add "poison, bacterium, radioactive material, virus, or chemical compound" to food or drinks with the intent to kill or injure another person.

Morgan felt a burning sensation in her throat and had a stomach ache as a result, as well as temporarily elevated blood pressure after a visit to the school nurse.

According to the Sentinel. one of the girls was angry with Morgan for sending her to the principal's office Monday for pouring glue in another student's backpack. The girl initially wanted to vandalize her car with paint, but was talked out of it by a friend, who was also later arrested.

The next day, the girl brought crushed red pepper flakes to school and convinced two friends to help her distract the teacher and pour the flakes into Morgan's can of Mountain Dew. Morgan discovered the flakes after her throat began burning and poured the soda into a clear glass.

In the arrest report, deputies wrote, this "was done in retaliation for the teacher upholding her duties and responsibilities as a teacher, maintaining control of her classroom and attempting to protect the other children from [the first student's] unacceptable behavior."