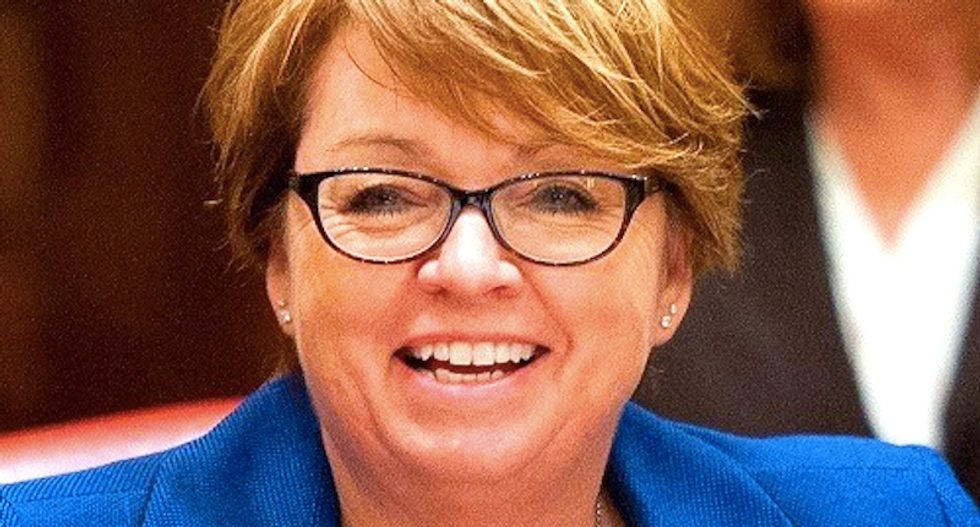 A New York Republican has declared herself the leading authority on what groceries food stamp recipients should buy.

State Sen. Patty Ritchie (R-Oswegatchie) introduced a bill Wednesday that would place additional restrictions on purchases made through the state's Supplemental Nutrition Assistance Program, or SNAP.

Ritchie, like the woman in a satirical article on The Onion, doesn't believe government benefits should be used on sugary snacks or certain costly items.

"At a time when our state and nation are struggling with an obesity epidemic, it is critically important that taxpayer-funded programs help low-income consumers make wise and healthy food choices," Ritchie says in the bill memo.

She specifies a few items -- lobster, some cuts of steak, decorated cakes and energy drinks -- that she believes are too decadent to be purchased with food stamps.

“Many of these items aren’t just unhealthy, they’re also expensive," Ritchie said. "This legislation would not only help low-income families and individuals stretch their food budgets further and promote health and nutrition, it would also protect taxpayers from abuse of a program that’s intended to help those who have fallen on hard times.”

EBT cards may be used under current law to purchase "non-essential" items such as cookies, cakes and soda, as well as luxury items such as steak and lobster.

But those benefits may not be used to purchase alcoholic beverages, cigarettes, pet food or prepared food.

Ritchie, a "small-government" conservative, said her measure would move the state toward the program's stated goal of improving public health by limiting EBT use to nutritious food such as fruits, vegetables and granola bars.

Her bill would also direct the Office of Temporary Disability Assistance to outline a list of items that are too luxurious to sell to SNAP beneficiaries.

These types of restrictions have been suggested by Republicans in other states, but the measure is unlikely to pass New York's Democratic majority state Assembly.

The myth of the "food stamp queen" has persisted since Ronald Reagan exaggerated an anecdotal case of welfare fraud during a 1976 campaign speech, and conservative lawmakers and broadcasters frequently complain that poor people are eating too much seafood or fancy cuts of meat.

However, studies have shown that food stamp recipients eat less seafood than other Americans and about the same amount of beef.