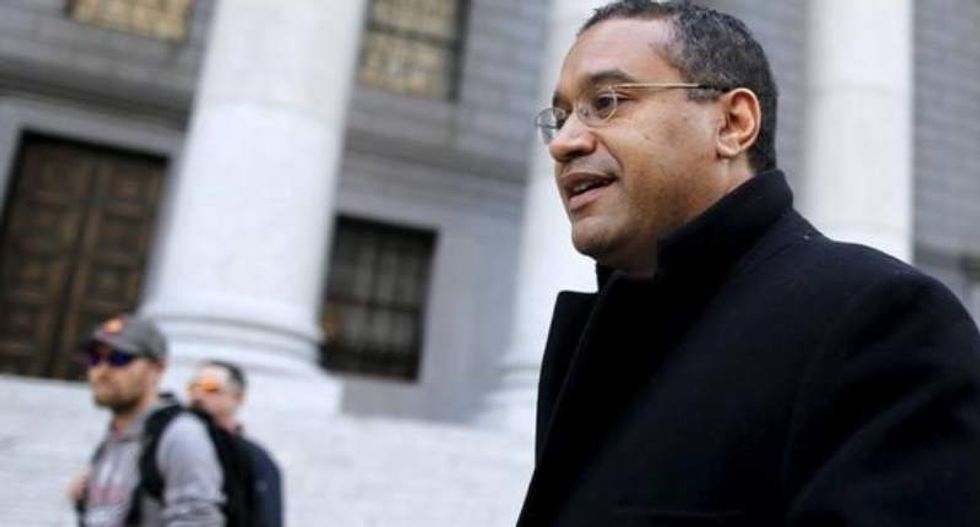 A suspended deputy United Nations ambassador from the Dominican Republic cannot claim diplomatic immunity to avoid U.S. charges that he participated in a vast bribery scheme, a U.S. judge ruled on Thursday.

U.S. District Judge Vernon Broderick in Manhattan ruled that as a naturalized U.S. citizen, neither treaty obligations nor federal law entitled Francis Lorenzo to immunity from prosecution due to his diplomatic role.

"Rather, United States citizens who are diplomats assigned to the permanent missions of foreign governments to the United Nations enjoy immunity only for their official acts," Broderick wrote.

Brian Bieber, Lorenzo's lawyer, said he was "extremely disappointed." He noted Broderick called the issue novel, and said he would seek to challenge instead whether individual acts Lorenzo took were themselves covered by immunity.

"We believe that diplomatic immunity was a natural and appropriate extension to Ambassador Lorenzo," he said.

Lorenzo, 48, was one of six individuals charged in October in connection with an alleged scheme to pay $1.3 million in bribes to John Ashe, a former U.N. ambassador from Antigua and Barbuda and one-time U.N. General Assembly president.

The ruling came as prosecutors weigh whether to bring further charges against Ashe, the General Assembly president from 2013 to 2014 who to date has only been charged with tax fraud due to concerns about whether he enjoys immunity.

Prosecutors as recently as last month said they had been examining the issue and likely would bring bribery and money laundering charges against Ashe.

Herve Gouraige, Ashe's lawyer, said the ruling would not impact any future bid by his client to argue that he had immunity for conduct within the scope of his U.N. position.

Prosecutors allege that Ashe, 61, accepted $500,000 in bribes from Ng Lap Seng, a billionaire developer from the Chinese territory of Macau who was seeking U.N. support of a U.N.-sponsored conference center.

Those bribes were paid through two intermediaries, Lorenzo and Jeff Yin, Ng's assistant, prosecutors said. All four men have pleaded not guilty.

Ashe also received more than $800,000 from Chinese businessmen to support their interests within the U.N. and Antigua, prosecutors said.

Those payments were arranged through Sheri Yan, who was the chief executive officer of Global Sustainability Foundation, and Heidi Hong Piao, its finance director, prosecutors said. Both pleaded guilty last month.