Ted Cruz college classmates 'horrified' he might become president: 'He called my mother a wh*re!' 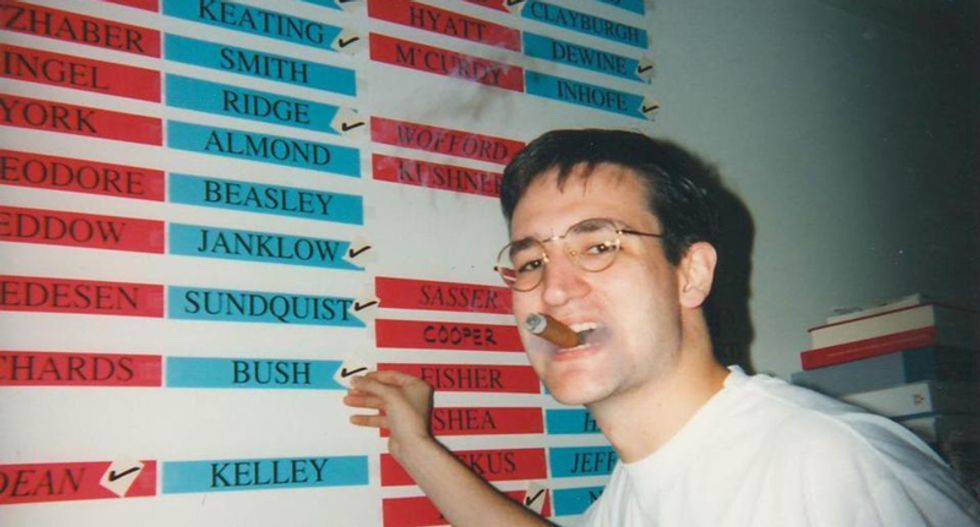 Questioned about their college recollections of 2016 GOP Presidential contender Ted Cruz, former Princeton alums left no question that they are uniformly aghast that the '92 graduate has come so close to the Republican nomination.

Armed with a tip about a Cruz sexual encounter at the Ivy League university during his freshman year, Ellie Shechet of Jezebel reached out to close to 75 former contemporaries of Cruz for corroboration.  While no one could verify the rumor, many had a few other things to say about the Republican senator from Texas who seems to have a knack for rubbing people the wrong way.

An earlier investigation by the Daily Beast uncovered classmates who referred to the younger Cruz as “abrasive,” "intense," “strident,” “a crank” and “arrogant," with four separate respondents calling him “creepy.”

According to Jezebel, those earlier assessments still hold.

Speaking with Sarah Hougen Poggi ’92 --  who commented on a New York Times op-ed detailing how she stopped attending outside meetings attended by Cruz because “I simply could not deal with his rudeness” -- Poggi elaborated.

“He didn’t become more civil or well-mannered” over the next four years, she stated in an email. “When anyone in my class and I talk about him there is no one who breaks in and says ‘Come on guys, he wasn’t so bad.’”

Poggi added, "Everyone in my class that I’ve talked to is horrified that he’s a candidate.”

“There are not that many people in my life who I can think of who I didn’t actually have extensive interactions with who bring up such bad feelings,” explained Mikaela Beardsley, who claims she knew Cruz during their freshman year at Princeton.

Beardsley says that she and Cruz -- who are miles apart politically --would get into political arguments occasionally.

“I’m a classic blue state anti-death penalty pro-choice liberal—I represent everything wrong with America, as far as Ted Cruz is concerned,” she said during a phone interview. “We would just yell at each other. And when he became Senator, I was like, ‘Oh my God, he called my mother a whore!’”

“I remember telling him [that] my mother had two children, they really couldn’t afford to have another child, they really would have struggled. And it was a very difficult, painful decision for my mother.” she explained, adding, “he became vicious and made it personal,” before telling her "my mother was going to hell and was a whore."

Beardsley called Cruz "awful," stating that he made her cry -- backed up by friends of hers who remembered the tearful argument.

While one fellow classmate, who asked that her name not be used, stated "I tried not to know him," another said she was surprised he had risen so far.

“I was stunned that he would be the one that ended up [running for] president out of our class,” she said, “because he’s about as telegenic as an undertaker.”