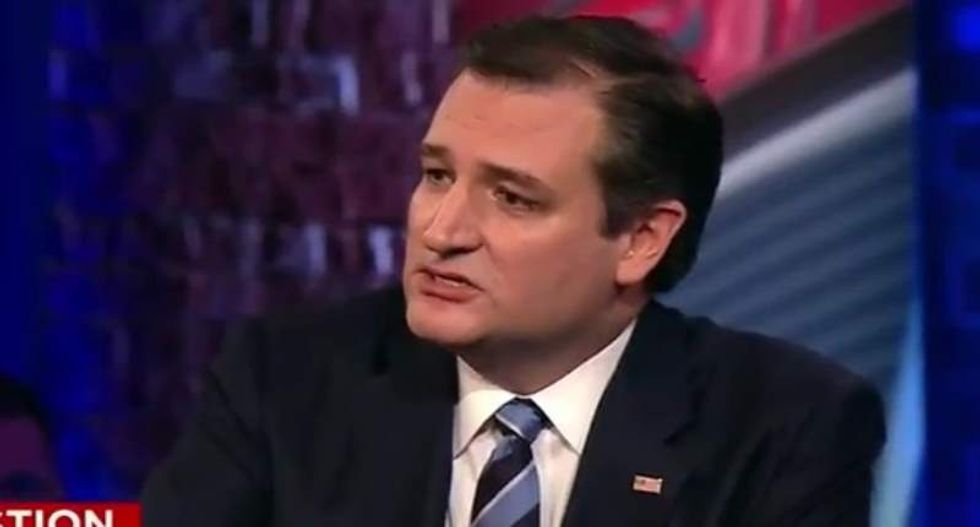 Republican Ted Cruz asked a federal court in Houston to throw out a lawsuit questioning whether he is eligible to be president of the United States because he was born in Canada, saying the case against him "suffers from fatal deficiencies."

Lawyers for Cruz contend in the filing made on Monday that the U.S. senator from Texas meets the constitutional requirements to serve as president and that the Houston lawyer trying to have the court block his bid does not have standing to bring the case.

"Senator Cruz is a 'natural-born citizen' eligible to serve as President of the United States," the motion to dismiss said, adding, the "plaintiff is essentially implicating the Court in a political dispute that it lacks authority to adjudicate."

The lawsuit brought in January by Newton Schwartz, an 85-year-old self-described liberal, also cited Cruz's stance on issues such as abortion rights, gay marriage and the Bible in a 27-page argument against the senator's eligibility.

The lawsuit filed in the Southern District of Texas is a class action, meaning others can join. It requests a ruling before the Nov. 8 presidential election.

Lawyers for Cruz also argue he has yet to be the Republican Party's nominee and it would be premature for a court to address the issue.

"Nowhere does Plaintiff, who acknowledges that he is a Democrat ... explain how he is harmed by Senator Cruz’s presence on the Republican primary ballot," the Cruz filing said.

Billionaire Donald Trump, the front-runner in the race for the Republican presidential nomination, has repeatedly questioned whether Cruz is eligible and warned that his winning the nomination could throw the party into chaos and hand the election to the Democrats.

Cruz was born in Calgary, Alberta in 1970. At the time, his mother was a U.S. citizen and his father was Cuban.

He has dismissed attacks on his eligibility and noted in the filing that 2008 Republican presidential nominee John McCain and 1968 Republican candidate George Romney also were born outside the United States but were considered eligible to be president.

The U.S. Constitution says a president or vice president must be a "natural-born citizen" but does not say whether the term means the candidate must be born on U.S. soil or just be a citizen at birth. According to legal experts, any child born to an American mother or father, no matter where, is considered a U.S. citizen.