Ted Cruz: Trump's tax returns might show that he has 'business dealings with the Mafia' 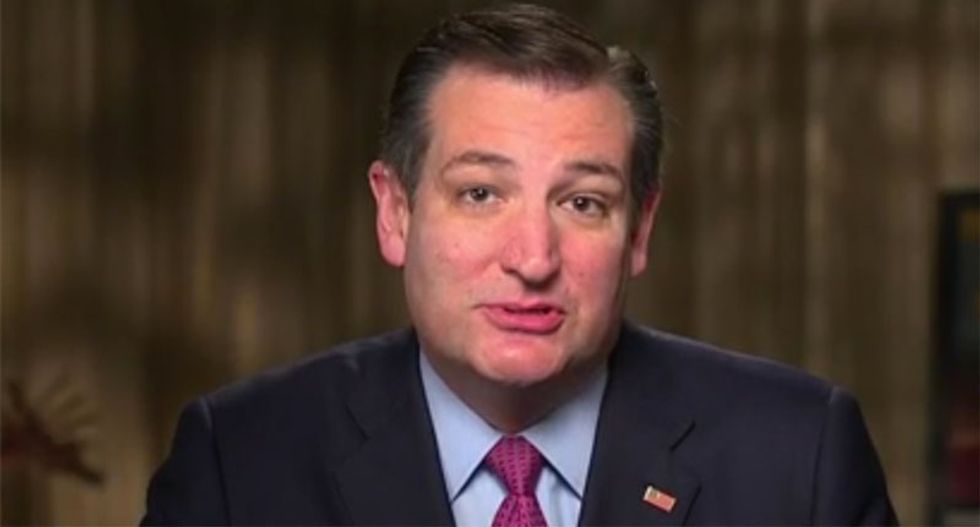 Appearing on ABC's This Week, Texas Sen. Ted Cruz suggested that 2016 GOP presidential rival Donald Trump was reluctant to release his tax returns because he may be doing business with the mob.

Noting he had released his own tax information, Cruz first speculated that Trump was worried that voters would see that he doesn't make as much money as he likes to boast that he does.

"You know, who knows, maybe -- maybe the -- the fact is that Mitt Romney is richer than Donald Trump," Cruz suggested. "We don't know. But, but he's clearly hiding something."

"On the other hand, it could be donations to liberal groups like Planned Parenthood. At every debate, it seems, he praises Planned Parenthood. Maybe he's written them a bunch of checks," he continued. "Or, you know, maybe there are other issues. You know -- you know, for example, there have been multiple media reports about Donald's business dealings with the mob, with the Mafia. Now maybe his tax returns show that those business dealings are a lot more extensive than has been reported..."

"We don't know -- indeed. ABC has reported that. You guys have reported that he's -- he's done deals with S&A Concrete, which was owned by two of the big crime families in New York, and that he's had involvement in Atlantic City. Maybe that's what his tax returns show," Cruz replied. "We don't know, but the important point is, George, in the general election, Hillary Clinton is going to shine a light on all of this. And Republican primary voters deserve to know. And the media is going to amplify the Democrats' attacks a thousand fold."